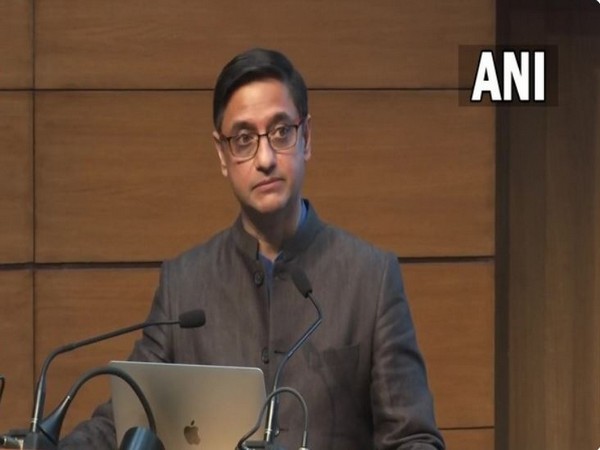 Sanjeev Sanyal, Member of the Economic Advisory Council to the Prime Minister.

In an interview with ANI, Sanyal said, "our retail inflation is at 7 per cent. This is something that we do watch with some concern. However, I do want to make the point and look in the context where inflation in virtually every other country is higher than ours, even in developed countries, like the US, UK, and so on."

Sanyal pointed out that in several countries inflation is much higher, in some cases, it is feared to go into double digits. UK inflation, for example, may go into the range of 18-20 per cent, which is very high. There are emerging markets where it's running at 60- 70 per cent like in Turkey. So, in that context, 7 per cent inflation rate is something that, I would say is a good job, and I have to commend the MPC and the Finance Ministry for managing it, he said.

"This doesn't mean that we don't watch this number very carefully, because this anchoring of inflation was hard won during the years of 2017-2019 when the inflation targeting framework was put in place. We do not want under any circumstances for this to be unanchored. So I'm sure the Monetary Policy Committee will take this into account and will take responsible steps in order to keep Inflation in a reasonable range," he added.

"Let me say that it is an indicator that we watch very carefully. The Monetary Policy Committee will take that into account in its monetary review whenever it comes up in the near future, but it is true the finance ministry and the government, in general, do have a role. You have seen in the past, for example, taxes on fuel were reduced in order to impact fuel and energy prices. So, there are measures that the government does take from time to time, but as I said, it's not for me to speculate on what measures the finance ministry may be contemplating," he said.

Finance Minister last week said inflation management can't be singularly left to monetary policy, "which has proved totally ineffective in many countries", and noted that both fiscal and monetary policies have to work in lockstep to contain the rise in prices. She also said importing Russian oil was part of India's inflation-management strategy.

"India's inflation management is an exercise of so many different activities, a majority of which are outside of monetary policy even in today's circumstances," Sitharaman said at an event organised by the Indian Council for Research on International Economic Relations.

The finance minister said the Reserve Bank of India (RBI) will have to "somewhat" synchronise its monetary tightening actions with other central banks, but not as much as other western developed countries would do.