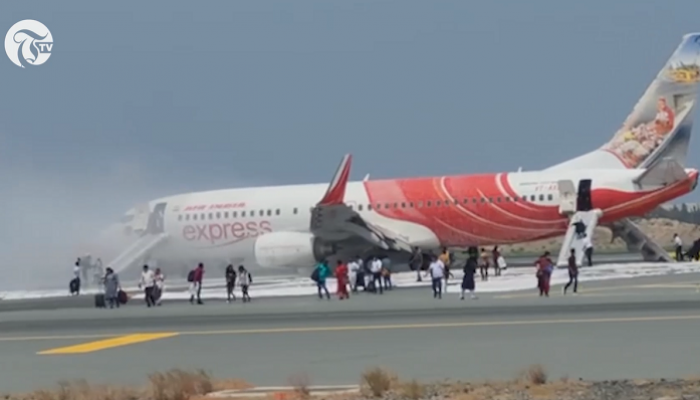 There were no major injuries reported except minor bruises to some passengers sustained during evacuation.

Muscat: The Fire and Rescue team at Muscat International Airport managed to extinguish a fire that broke out in the Air India Express aircraft last week, within 90 seconds.

In a statement issued on Saturday, Oman Airports said: “A proud morning salute to the Muscat International Airport’s Fire and Rescue team for their outstanding performance in responding, in only 90 seconds, and extinguishing an engine fire on an aircraft last week.”

Some passengers suffered minor injuries during an evacuation operation after smoke started billowing out of an Air India Express flight at Muscat International Airport on Wednesday morning.

The aircraft was taxiing towards the runway for take-off to Kochi at 11.20 am on Wednesday when officials noticed smoke coming out from the aircraft.

Airport officials said the passengers were immediately evacuated from the Air India Express flight on slides and the fire was brought under control.

“However, there was no fire warning indication in the cockpit. As a matter of abundant precaution, and following the prescribed SOPs, the crew stopped on the taxiway and activated the onboard engine fire extinguishers. Thereafter, the passengers were evacuated from the aircraft. Full support was extended by Muscat Airport authorities and the passengers were brought to the terminal building,” the airline said.

“There were no major injuries reported except minor bruises to some passengers sustained during evacuation. The matter is being investigated by the regulatory authorities and also the Airline’s Flight Safety Department,” the airline said. Later a relief flight was sent to bring back the passengers to Kochi.