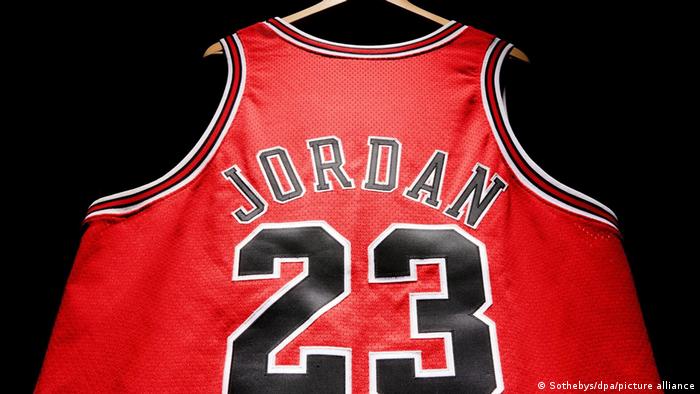 A match-worn jersey from basketball legend Michael Jordan has been auctioned for a record sum of around $10.1 million (€10 million), Sotheby's announced on Thursday.

In doing so, it becomes the most expensive game-worn sports memorabilia ever sold at auction. It eclipses the previous record set earlier this year, also at Sotheby's, of Argentine soccer great Diego Maradona's "Hand of God" jersey which fetched $9.3 million.

It almost triples the record for a basketball jersey to date: $3.7 million for a shirt worn by former LA Lakers star Kobe Bryant, who died in a helicopter crash in January 2020.

The Michael Jordan jersey with 23 on the back was worn during the 1998 NBA finals of the basketball player's "The Last Dance" season, his last act with the Chicago Bulls.

The Bulls won the series to secure the team's third successive NBA title.

There were around 20 bids in total for the shirt, but Sotheby's did not reveal who had paid the record fee for the garment.