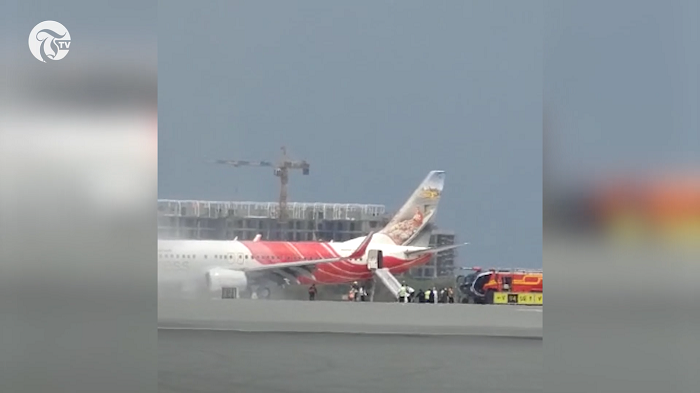 Muscat: The Civil Aviation Authority (CAA) of the Sultanate of Oman has announced that a fire broke out in one of the engines of the Air India Express flight, and recorded minor injuries among passengers due to a stampede.

An appendix to Explanatory Statement No. (1) in which it said: The Civil Aviation Authority has started with the concerned authorities at Muscat International Airport to follow up on a report of an emergency case in one of the planes. The authority clarified that in coordination with Oman Airports, the details of the accident were as follows: The Air India Express Flight No. IX442 bound for Delhi Airport in India at 11:33 AM was damaged and a fire broke out this morning in one of the engines before taking off from Muscat International Airport. Evacuation of passengers was required which resulted in minor injuries as the result of a stampede of passengers during the process. The cases are being dealt with utmost care.