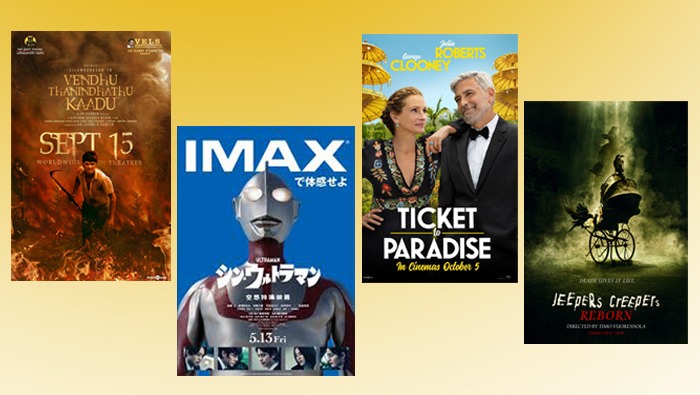 Forced to travel with her boyfriend, Laine, she begins to experience premonitions associated with the urban myth of The Creeper. Laine believes that something supernatural has been summoned - and that she is at the center of it all.

A divorced couple that teams up and travels to Bali to stop their daughter from making the same mistake they think they made 25 years ago.

As the threat of giant unidentified life forms known as "S-Class Species" worsens in Japan, a silver giant appears from beyond Earth's atmosphere.

A low caste youngster come to a big city for his studies .. The story revolves around him and his struggles for the identity for him and his low caste members.