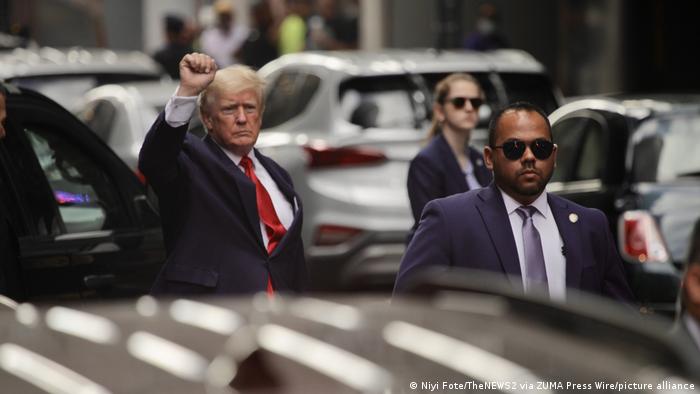 A criminal probe into whether former US President Donald Trump was holding top-secret documents at his Florida home has "spiraled out of control," his lawyers said Monday.

Trump's attorneys submitted a 21-page filing requesting that a judge leave in place a temporary ban on the Justice Department (DOJ) investigating the documents it had seized from his Mar-a-Lago estate last month.

The Trump team also referred to the documents that were seized as "purported'' classified records, suggesting his lawyers do not concede the Justice Department's contention that highly sensitive, top-secret documents were found by the FBI in its August 8 search of the property.

The lawyers also asserted that there is no evidence any of the records were ever disclosed to anyone, and that at least some of the documents belong to him and not to the Justice Department.


Last week, the Justice Department hit a roadblock in its probe of whether Trump violated federal laws in bringing classified documents back to Mar-a-Lago after he left the White House.

US District Judge Aileen Cannon granted the Trump team's request for the appointment of an independent arbiter to review the seized records. The order also prohibits for now the department from examining the documents for investigative purposes.

The arbiter, also known as a special master, has not yet been appointed. Both legal teams have put foward different names and ideas for what their specific duties should be.

The Justice Department has asked the judge to lift the legal hold on reviewing the documents and said it would appeal the ruling to a federal appeals court.

The department has said its investigation risked being harmed beyond repair if that order was not lifted. They have also vowed an appeal should the special master bar them from investigating the 100 some documents in question.

Federal investigators are also probing whether Trump has obstructed justice in his attempts to prevent the government from accessing the documents.