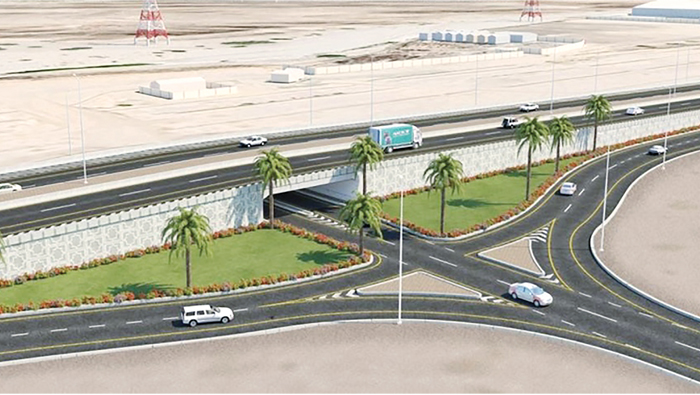 Muscat: Muscat Municipality would commence the dualisation work of Al Ansab/Al Jafnain Road (Phase Two) during the first quarter of 2023.

The current roundabout would be transformed into bridges/flyovers and subways with construction of the necessary protections and the execution of the project is expected to last for 36 months that will enhance development in the governorates of Muscat, Al Dakhiliyah and North Al Sharqiyah. The project would serve the urban areas at the roadside.

The project includes upgrading the three existing roundabouts at Al Ansab Road extending between Muscat Expressway and Falaj Al Sham Area by construction of flyovers and interchanges with traffic signals.

The project also includes construction of a new road with three lanes in each direction from Falaj Al Sham Area in Bausher to the crossing of Nizwa Road at Al Jafnain Area in the Wilayat of Seeb for a length of 15 kilometres. -