$2 billion for Oman, more to come in the future: Chinese ambassador 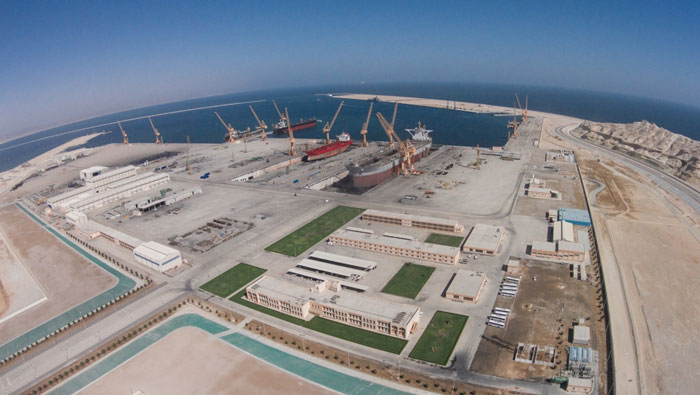 Muscat: Oman and China are strategic partners in developing both countries, according to China’s ambassador to Oman.
China and Oman trade annually is touching OMR8 billion, ambassador Yu Fulong revealed to Times of Oman, adding that the Chinese government had already pledged an extra OMR5b to Oman’s ambitious Duqm project
“China has, I think, already invested about two billion dollars in Oman, and we have much more planned for the future as well,” said Yu Fulong.
“Oman’s policies under His Majesty Sultan Qaboos bin Said have been much respected, and that is why China has very good relations with Oman. In fact, every nation in the world would want to be friends with Oman.”
Oman and China have much in common, he said and that is what gives both nations the foundations for a long and successful partnership in future, according to the Chinese Ambassador.
Yu Fulong was speaking to the media for the first time, and was quick to single out Oman for praise. Some $2 billion has already been ploughed into projects in Oman by China, and more is to come in the future, with the Chinese government having pledged a whopping $750 billion in external investment across the world.
“What we have in common is we both need to develop our countries to a higher stature of development,” he said. “Both countries have had a similar historical past, and we now see a common need for aspirations for a better life.
China’s plans for economic expansion have seen the nation embark on its ambitious One Belt One Road policy, a trade route across land and sea that links more than 100 nations, and involves heavy investment in the manufacturing, transport, logistics and research sectors, alongside many others.
“While the social systems in Oman and China are different, we see eye-to-eye on many common issues such as development, promoting peace, regional coordination and cooperation, and we have a common approach to them,” he added. “When General Secretary Xi Jinping initiated the idea of the One Belt, One Road policy, Oman positively responded to it. Oman is an integral part of this.
“Oman was also one of the founding members of the Asian Development Bank and has greatly benefited from this, in addition to providing coordination on the consensus to develop policies of the economies and societies of developing countries,” he revealed.
“Oman is a big trade partner for China, and China is the number one trade partner for Oman:every year, the trade value is about $20 billion (about OMR 7.7 billion).”
China is hugely invested in Oman’s Tanfeedh plans for economic diversification, and has already pledged some $ 13.2 billion (about OMR 5.1 billion) into the development of Duqm alone.
“We have some projects in power generation, telecom, oil and gas, and other investments in many parts of the country,” revealed Fulong.
“We have helped establish the Duqm Industrial Park, which will have huge investment from Chinese private investors. This is a massive development that is currently under construction. This is a good phenomenon that the government of Oman and government of China have good consensus to forge a strong partnership in the future, and this is very important.
“Oman is situated in a very important location in the world, and it has many advantages for export, trade and to develop the domestic economy in areas such as mining, manufacturing and oil and gas,” he added.
“This is a country with very valuable goods, and Oman is a country that connects trade from China’s northern corridors to both the eastern and western parts of the world. People from the government sector, business sectors and many other sectors find China is a good partner to work with, and in return, we respect Oman and the system and the path of development, and look to establish a partnership plan to develop together,” he added.
Closer ties between the two countries have also seen Oman send students to China for further education to help build the Sultanate in the future.
“We have some Omani students also studying in China, and while the numbers aren’t much, these figures are also increasing: we have about 60 to 80 graduates from Oman currently in China, and this will go up in the future,” said Fulong.
“There are also more and more Chinese coming to Oman in the sectors of manufacturing, tourism, banking, investment and finance, because we support Oman’s diversification strategy to make the country rich,” he added.
“In future, I believe we will have more cooperation as the countries expand into more areas, such as the scientific fields of study and people-to-people exchanges.
“This is the same as China’s policy in its neighbouring countries, and reflects our principles of amity, truthfulness and sincerity.”