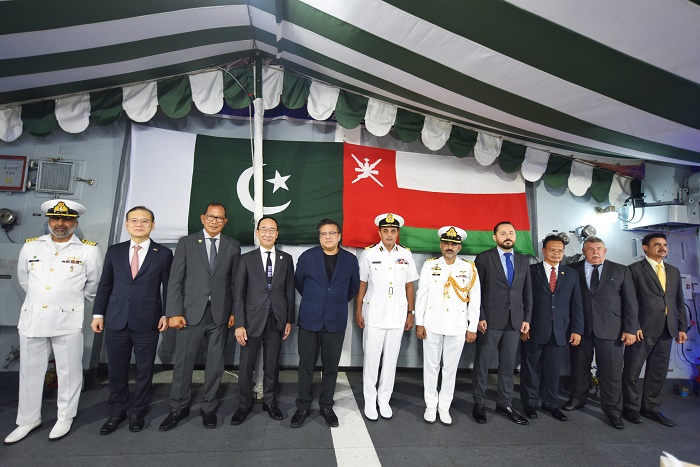 PNS Zulfiquar is part of the  18th Destroyer Squadron of Pakistan Navy Fleet and is capable to undertake a variety of maritime operations in multi-threat environment.  During its stay at port Sultan Qaboos, a reception was hosted onboard the PNS ship. Cdre Ali Al Hosni, Director Admin & HR Royal Navy of Oman, attended the reception as the Chief Guest.

Imran Ali Chaudhry, Ambassador of the Islamic Republic of Pakistan in Oman co-hosted the event along with ship’s Commanding Officer.

The reception was attended by diplomats including Ambassadors & Military Attaches of various countries, senior officers from Royal Armed Forces of Oman and prominent Pakistani community members. Officers and men from Royal Navy of Oman also visited the ship for professional briefings and interaction.