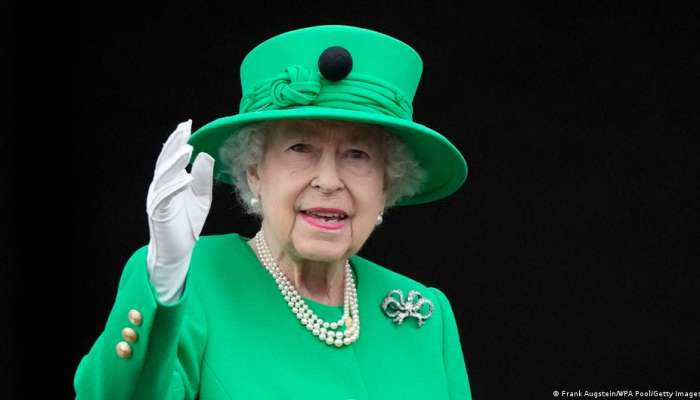 London: Condolences have been pouring in from all over the world after Queen Elizabeth II died on Thursday.

She was the country's longest-ruling monarch and met with many world leaders during her decades on the throne. She was aged 96 when she died.

World leaders in mourning
US President Joe Biden and his wife Jill Biden released a joint statement describing Elizabeth as "a stateswoman of unmatched dignity and constancy who deepened the bedrock alliance between the United Kingdom and the United States," with the White House saying she had met with 14 US presidents.

The Bidens later went to the British Embassy to pay their respects.

UN Secretary-General Antonio Guterres said he was "deeply saddened" and offered his "condolences to her bereaved family, the government and people of the United Kingdom of Great Britain and Northern Ireland, and the wider Commonwealth Nations."

Ukraine's President Volodymyr Zelenskyy said in a Tweet that he learned of the queen's death with "deep sadness."

Even Russian President Vladimir Putin wrote a telegram to King Charles, wishing him "courage and perseverance in the face of this heavy, irreparable loss."

Chinese President Xi Jinping said the late queen's death "is a great loss to the British people" and pledged to work with the new king to strengthen relations between Beijing and London.

Germany remembers Queen's role after WWII
German leaders also joined in the chorus of condolences, highlighting the queen's role in repairing the relationship between the UK and Germany after the Second World War, during which she had volunteered in the Women's Auxiliary Territory Service, working primarily as a mechanic.

Chancellor Olaf Scholz said that the queen "was an example and inspiration to millions, also here in Germany. Her commitment to German-British reconciliation after the horrors of World War II will never be forgotten. She will be missed, not the least for her wonderful humor."

President Frank-Walter Steinmeier said in a statement that "her natural authority, her immense experience, her exemplary performance of duty will remain in our living memory." He added that after World War II, "the hand of reconciliation was also the hand the of the Queen."

"We mourn, with our British friends, the loss of Queen Elizabeth II," Foreign Minister Annalena Baerbock wrote on Twitter. "She was a source of strength and confidence for her country… Germany remains eternally grateful to her for reaching out to us for reconciliation after the terror of the Second World War."

Fellow monarchs send messages of condolence
European monarchs joined the outpouring of mourning, with messages from kings of the Netherlands, Sweden, Norway and Spain.

"With sadness, my family and I have today received the news that my dear relative, Her Majesty Queen Elizabeth II, has passed away," King Carl XVI Gustaf of Sweden said.

"Your mother was very important to me and my family. She was a towering figure among the European monarchs and a great inspiration to us all. We shall miss her terribly," Danish Queen Margrethe wrote to the new King Charles.

Margrethe, a third cousin of Queen Elizabeth, was set to mark her own 50th anniversary on the throne in a postponed celebration over the weekend.

Condolences also came from Irish Prime Minister Michael Martin. "On behalf of the Government of Ireland, I would like to convey my deepest sympathy to the British people on the loss of their beloved monarch, Her Majesty Queen Elizabeth," he said.

"Her State Visit to Ireland in 2011 marked a crucial step in the normalization of relations with our nearest neighbor," the prime minister added.

"Once called Elizabeth the Steadfast, she never failed to show us the importance of lasting values in a modern world with her service and commitment," European Council President Charles Michel said.

Messages from Britain's former colonies
At her death, the queen was head of state not just of the United Kingdom but 14 other former British colonies, including Canada, Australia, and New Zealand.

"She was our queen for almost half of Canada's existence and she had an obvious deep and abiding love and affection for Canadians," Canadian Prime Minister Justin Trudeau said.

"She was one of my favorite people in the world, and I will miss her so," he added.

New Zealand's Prime Minister Jacinda Ardern called her "extraordinary." The country will mark her death with a national period of mourning.

Indian Prime Minister Narendra Modi said in a tweet that he had been "pained" by her death, adding that in life she had "personified dignity and decency in public life."

"The Ghanaian people have very fond memories of the two visits she made to Ghana during her reign, and, on both occasions, we remember the friendliness, elegance, style and sheer joy she brought to the performance of her duties," Ghanaian President Nana Akufo-Addo said.

South African President Cyril Ramaphosa said "Her life and legacy will be fondly remembered by many around the world" while Nigeria's President Muhammadu Buhari called her a "towering global personality and an outstanding leader."

Condolences also came in from formerly colonized islands in the Caribbean, including Jamaica, one of several countries considering dropping the monarchy and becoming a republic.

"Undoubtedly, she formed a special bond with the people of Jamaica,'' Jamaican Prime Minister Andrew Holness said. "We are saddened that we will not see her light again, but we will remember her historic reign.''