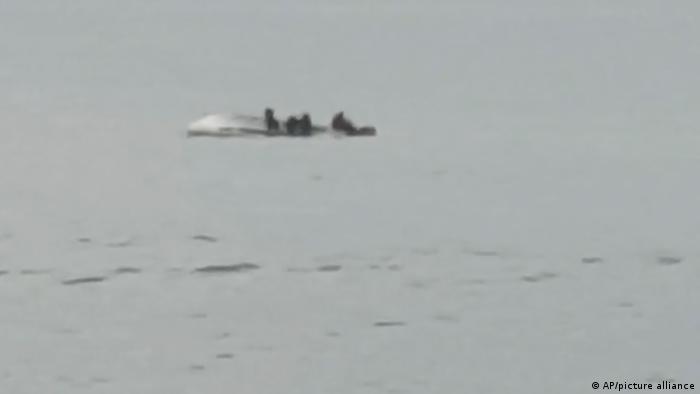 The mayor of Kaikoura said that there were 11 people onboard, of which six were rescued

Five people were killed when a small charter boat possibly collided with a whale and capsized in New Zealand, according to local reports.

The accident occurred Saturday morning near the South Island town of Kaikoura.

According to local reports, a large search and rescue operations continued through the afternoon at Goose Bay, involving helicopters, coast guard volunteers, and divers.

The Mayor of Kaikoura Craig Mackle confirmed to the Associated Press that there were 11 people onboard. Six of them were rescued.

The bodies of those missing were later found in the boat's cabin, local reports said.

"This has been a tragic event and the police are providing support to those involved at this very difficult time," Kaikoura Police Sergeant Matt Boyce told reporters at the scene.

Vanessa Chapman and her friends were there as the rescue efforts were underway, according to the news website Stuff.

Chapman said that from their lookout spot, they could initially see a person sitting atop an overturned boat waving their arms.

The person atop the boat was rescued and another person seems to have been pulled from the water, she told the publication.

Collision with a whale?

The mayor said that the water appeared calm, and the assumption was that a whale surfaced from under the boat overturning it.

Kaikoura is a popular whale-watching destination, while sperm whales usually seen in the area. Some humpback whales also pass through.

There is no clarity what kind of whale collided with the boat, according to the mayor.

Mackle said that he has not heard about any previous accidents involving whales even though "it always plays on your mind that it could happen."