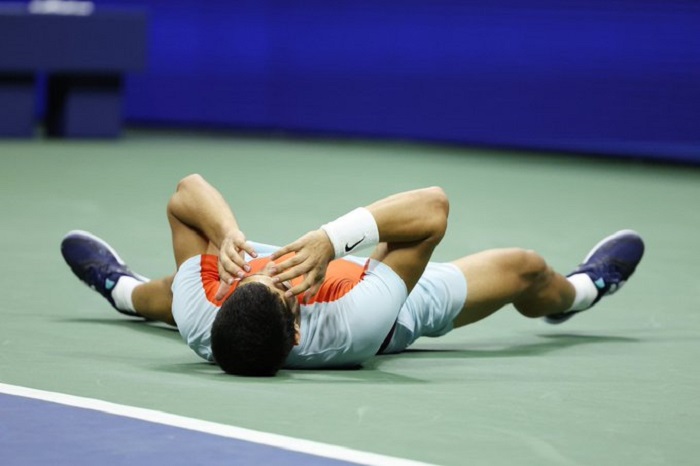 Alcaraz is the second teen to make the US Open final in the Open Era, joining legendary American Pete Sampras. Alcaraz produced a stunning performance to defeat Tiafoe 6-7(6), 6-3, 6-1, 6-7(5), 6-3 in a match that lasted 4 hours and 19 minutes.

"Frances gave everything on the court. This is amazing," he added.

"I'm going to give everything that I have. I will have to handle the nerves of being in a final of a Grand Slam, but obviously, I'm really, really happy and as I said before every match, I'm going to enjoy it. I'm going to enjoy the moment and let's see what happens," he added.

The home favourite showed no fear, no matter the defeat he faced. After suffering the defeat in the semi-finals against Alcaraz, Tiafoe said, "I gave everything I had left tonight. Too good Carlos, I am happy I got to share the big stage with you."