A comprehensive win for Sri Lanka ahead of Asia Cup final 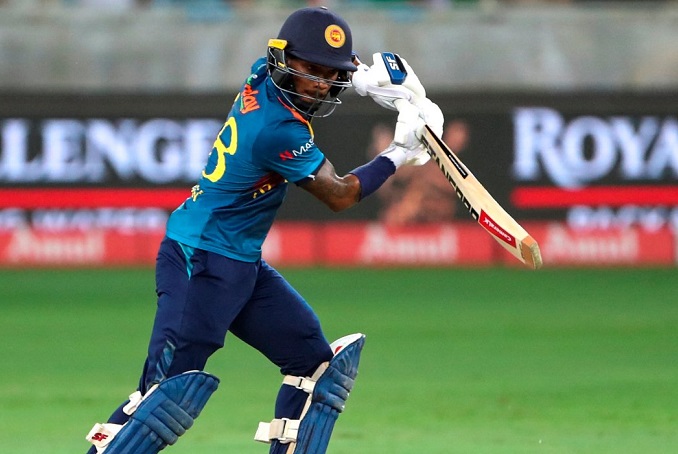 In a dress rehearsal before the final, Sri Lanka and Pakistan played out a low-scoring affair in Dubai with Sri Lanka completing a five-wicket win to end the Super Four phase of Asia Cup 2022 on a high.

Sri Lanka managed to dismiss Mohammad Rizwan early, debutant Pramod Madushan scalping his maiden wicket in T20Is. Babar Azam, fighting a string of low scores in the tournament, ambled along to a run-a-ball 30, but was cleaned up Wanindu Hasaranga in the 11th over.

By then, Pakistan had already lost Fakhar Zaman and the scoring rate hadn't picked up. Mohammad Nawaz added some flair to the innings with some lusty blows towards the end, but Hasaranga, who picked up the wickets of Babar, Iftikhar Ahmed and Asif Ali, had wreaked havoc in the middle overs.

Pakistan ended up with 121 on board, far from a fighting total, but the new ball bowlers did their best to bring Pakistan back into the contest.

Mohammad Hasnain and Haris Rauf took the new ball, a move that injected high pace early on with the new ball. Hasnain sent back Kusal Mendis with a cracking delivery that squared the batter up and too the edge in the first over.

Rauf followed up with the wicket of Danushka Gunathilaka, the left-handed batter slashing at a wide one to nick behind the wicket, where Rizwan took a splendid catch. Rauf wreaked more havoc in the Powerplay, sending back Dhananjaya de Silva, to leave Sri Lanka at 29/3.

Nissanka, who now leads Sri Lanka's run charts in Asia Cup 2022, strung together a crucial stand with Bhanuka Rajapaksa to lead Sri Lanka's recovery. Rajapaksa took a liking to leg-spinner Usman Qadir, smashing him for three sixes across three overs. However, Qadir had the last laugh when the southpaw miscued a slog sweep to the fielder in the deep.

Nissanka, meanwhile, dropped anchor, compiling his fifty in 41 balls, and playing some sublime strokes. Skipper Dasun Shanaka added some momentum to the Sri Lanka innings, making a quickfire 16-ball 21 before falling with Si Lanka needing less than 10 runs to win.

The win will be a major boost for Sri Lanka ahead of the final between the same teams at the same venue on Sunday.