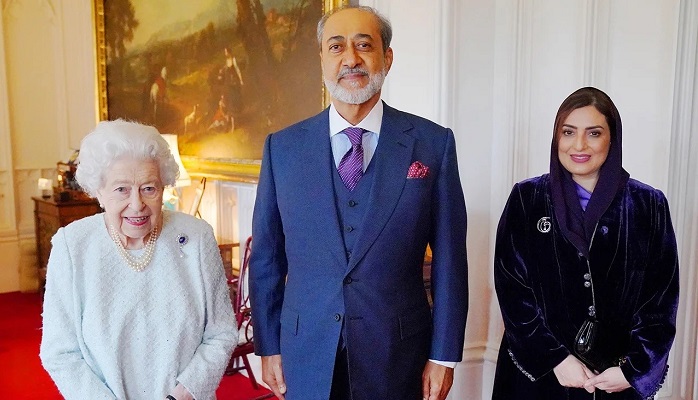 Muscat: Yesterday, Buckingham Palace announced the death of Queen Elizabeth II, Queen of the United Kingdom of Great Britain and Northern Ireland and Head of the Commonwealth of Nations, at the age of 96.

“The Omani-British relations during the late era witnessed cooperation in various fields, and there were many high-level visits between the two friendly countries, the most important of which was the meeting of His Majesty Sultan Haitham bin Tarik with the late in December last year at Windsor Castle in the English county of Berkshire. Queen Elizabeth II previously visited the Sultanate of Oman in 1979 and 2010,” Oman News Agency(ONA) said.

The late Queen was born on April 21, 1926, in Broughton Street in central London, the eldest daughter of King George VI, who took power on February 6, 1952 and received lessons in law, history, languages, art and music. In 1945 she joined the military service with an honorary rank within the Auxiliary Area Services Division of the for the British Army.

Queen Elizabeth is the sixth woman to assume the British throne and the longest reigning, surpassing the period of her great-grandmother Queen Victoria. The late Queen married Lieutenant-General Philip Mountbatten, on November 20, 1947, who died in April 2021. The couple had four children, Prince Charles, Princess Anne, Prince Andrew and Prince Edward.

The last public appearance of the late Queen was when she officially approved last Tuesday the appointment of Liz Terrace as Prime Minister, becoming the 15th Prime Minister in the 70 years of the Queen's accession to the throne.

The body of the late Queen will be transported from Scotland to London today.