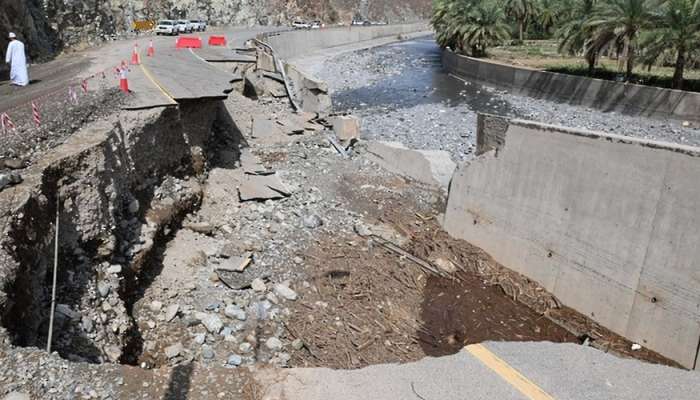 Muscat: At the behest of His Majesty Sultan Haitham bin Tarik to accelerate repair of infrastructure damaged by recent torrential rains and overflow of wadis in some governorates in the Sultanate of Oman, the Ministry of Transport, Communications and Information Technology on Wednesday floated some tenders to repair the aforesaid damages.

The tenders have been floated in coordination with the committee tasked with accelerating the repair of damages caused by the torrential rains and overflow of wadis in some governorates of Oman.

The tenders will be awarded to the companies specialised in roads by the end of September 2022.

Eng. Khamis Mohammed Al Shamakhi, Transport Undersecretary said that tenders have been floated to repair all roads affected by the recent climatic conditions in the governorates of North Al Batinah, South Al Batinah, North Al Sharqiyah, Musandam and parts in the Governorate of Al Dakhiliyah.

He added that the Governorate of Musandam took the brunt of the climatic conditions, followed by the road linking the wilayats of Nakhal and Al Awabi, as well as Wadi A’Sahtan, Wadi Bani Aouf and Wadi Mastal. He explained that the repair works also include the maintenance of the current Al Batinah road.