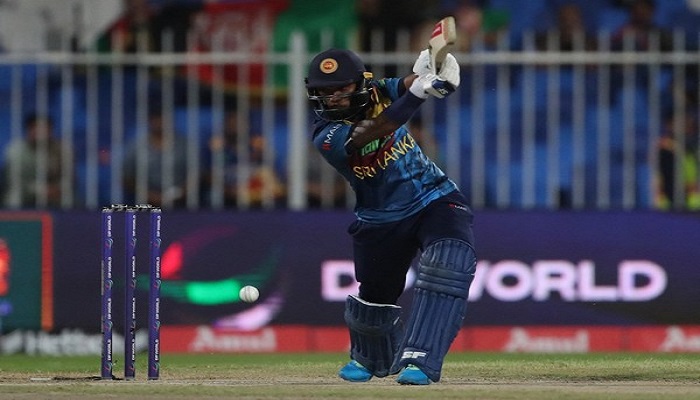 Sri Lanka are now a step closer to reaching the finals. On the other hand, India can sneak into the final by a miracle and their chances are now dependent on permutation and combinations that emerge from the matches of other teams.

Chasing 174, Sri Lanka got off to a fine start as openers Pathum Nissanka and Kusal Mendis hit several boundaries and sixes. They helped their side cross 50-run mark in 5.2 overs.

Both the openers continued to punish the Indian bowlers and survived two successive run-out attempts in the ninth over. Nissanka brought up his sixth half-century.

The 97-run stand between both was broken when Yuzvendra Chahal dismissed Nissanka for 52 off 37 balls. The batter was caught by Rohit Sharma at a backward point while attempting a reverse sweep.

Three balls later, Charith Asalanka was dismissed by Chahal after being caught by Suryakumar Yadav. Sri Lanka was at 97/2.

Kusal carried on his good start and converted it into a half-century. He was joined by Danushka Gunathilaka.

The duo kept the scoreboard running and helped the side cross the 100-run mark in 12.3 overs.

Indian spinners continued their good show in the match, with Ravichandran Ashwin striking this time. He dismissed Gunathilaka for 1 of seven balls after he was caught by KL Rahul at long-off while attempting to go big.

Bhanuka Rajapaksa was next up on crease. Chahal got the third wicket of the match, dismissing Kusal for 57 off 37 balls after trapping him leg before wicket. With the score reading 110/4, SL looked in trouble.

Bhanuka hit two pressure-removing sixes and at the end of 16 overs and the score read 132/4. Sri Lanka needed 42 off the last 24 balls.

The duo started to build another stand to revive their side's fortunes and they needed 33 in 18 balls.

Hardik delivered the next over for Team India. Sri Lanka's run flow did not end and the equation at the end of the over was 21 runs in 12 balls.

Bhuvneshwar Kumar came to deliver the next over. He conceded 14 runs that included two wides and Sri Lanka only needed seven runs of the final over.

Arshdeep came to deliver the final over and bowled some tight yorkers. However, there was not much to defend and Sri Lanka won by six wickets with Shanaka (33*) and Bhanuka Rajapaksa (25*) on the fifth ball of the over.

Chahal was the pick of the bowlers with 3/34. Ashwin also took a wicket.

Earlier, a quickfire half-century by skipper Rohit Sharma helped Team India reach a challenging 173/8 at the end of their 20 overs against Sri Lanka in crucial Super Four clash in Asia Cup 2022 on Tuesday.

Except for a 97-run stand between Rohit Sharma and Suryakumar Yadav, the Lankan bowlers did not allow any big partnerships, having destroyed its top order earlier. The momentum again swung in Lanka's favour after fall of Suryakumar's wicket.

Starting the inning and fielding first, pacer Dilshan Madushanka kept Indian openers KL Rahul and Rohit Sharma quiet in the first over, giving only four runs. Rahul tried to loosen his arms in the second over by spinner Maheesh Theekshana, smashing a half-volley down the extra cover for four. But he was trapped lbw in the next ball after making 6 of 6 balls. India was at 11/1 at this point.

This brought star batter, Virat Kohli, to the crease. He could not stay on the crease for too long as Madushanka dislodged his stumps, sending him back for a duck. India looked in trouble at 13/2.

Suryakumar Yadav was next up on the crease. Sharma took off some pressure by hitting Asitha Fernando for a four and a six.

Rohit continued to hit some solid shots to take India through powerplay without any further damage. At the end of 6 overs, India was at 44/2, with Rohit (29*) and Suryakumar (6*).

The duo helped India cross the 50-run mark in 7.1 overs. They kept the scoreboard ticking, hitting some big shots occasionally. They brought up their 50-run stand in 37 balls.

Sharma brought up his 2nd T20I fifty of this year and his 28th of his career with a four in the 10th over in just 32 balls. The 10th over bowled by Asitha gave away 14 runs.

Rohit and Suryakumar continued to punish Lankan bowlers, without letting the two early wickets affect them.

The 97-run stand off 57 balls was ended by Chamika Karunaratne, who dismissed Rohit Sharma for 72 made of 41 balls. He was caught by Pathum Nissanka at deep-point. India were now 110/3.

All-rounder Hardik Pandya was next on the crease. Soon after, Suryakumar was caught out by captain Dasun Shanaka for 34 runs of 28 balls. He was caught by Theekshana at short third man. India at this point was 119/4.

Rishabh Pant was next on the crease, who got off the mark with a brilliant boundary over deep midwicket and followed t with another to end the 15th over. At the end of 15 overs, India were 127/4, with Pant (8*) and Hardik (4*).

Pant-Pandya kept the scoreboard ticking for India with some occasional big hits and strike rotation.

Shanaka dismissed Pandya for 17 off 13 balls and India suffered its fifth blow at 149 runs.

Deepak Hooda was next on the crease. His stay at the crease did not last long as he was clean bowled by Madushanka for 3 off 4 balls.

Miseries continued for Team India as Pant was dismissed for 17 soon after Hooda. He tried to hit it big over deep midwicket but was caught by Nissanka on delivery bowled by Madushanka. India was running out of its recognised batters and was at 158/7.

Ravichandran Ashwin and Bhuvneshwar Kumar had the responsibility to hit some runs to take India to a competitive total. But Karunaratne clean bowled Bhuvneshwar for a duck.

Madushanka was the pick of the bowlers for Sri Lanka with 3/24 in four overs. Shanaka took two while Theekshana and Karunaratne took one each.