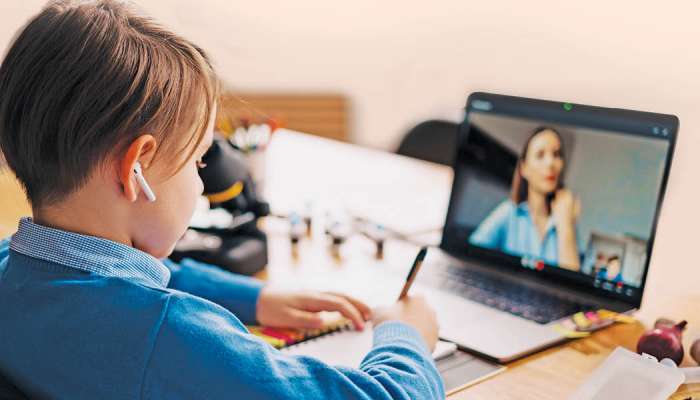 Numerous studies have shown that people relate to online teaching in a different way than to in-person classes. Now researchers have explored whether the body also experiences a difference.

Moderate stress can be beneficial for learning. Researchers at Ruhr-Universitat Bochum have investigated whether stress occurs to the same extent in online teaching as during in-person classes. They measured various physiological parameters in students who completed an anatomy course either digitally or in the classroom. Although the courses were equally demanding in terms of intellectual effort, the online group showed a significantly lower physiological state of excitation. The results are described by a team headed by Morris Gellisch and Professor Beate Brand-Saberi in the journal Anatomical Sciences Education, published online on 29 July 2022.

Physiological stress manifests itself, for example, in increased levels of the stress hormone cortisol, decreased heart rate variability and an increased heart rate. "We know that stress strongly affects learning and memory processes, as well as on sustaining attention," says Morris Gellisch. And not just in a negative way. A moderate physiological state of excitation has a positive effect if it occurs temporally in the context of the learning task.

"To date, the differences between in-person and online teaching have often been assessed using questionnaires in which subjective parameters such as motivation or perceived stress were surveyed," describes Gellisch. "But since learning has a definite physiological component, this raised the question of whether there are any differences in this regard as well."


Anatomy course - digital vs. in the classroom

The researchers therefore analysed the heart rate variability and salivary cortisol concentrations of 82 students attending an anatomy course. This course was held as a blended learning seminar: The students were divided into groups, and for each group online classes alternated with classroom classes. On each day the seminar was held, there was one group attending the class in the histology room and another group that followed the same course simultaneously online. On a representative course day, the researchers measured heart rate variability with special sensors over the entire duration of the course, namely 120 minutes. They also took saliva samples at the beginning, after 60 minutes and at the end of the course. The students who participated via a video platform performed the measurements themselves using the same tools and step-by-step instructions.

Physiological excitation was significantly reduced during online sessions. This was reflected in lower cortisol concentrations, lower sympathetic activity and increased parasympathetic activity. The latter two values can be derived from heart rate variability and are a measure of tension: Students were more relaxed when they attended the seminar online.

In addition to the physiological values, the team also used questionnaires to determine subjectively perceived parameters, such as how enjoyable it was to participate in the course. One result: increased activity of the sympathetic nervous system correlated with increased enjoyment during in-person classes. This correlation was not found in the online group. (ANI)