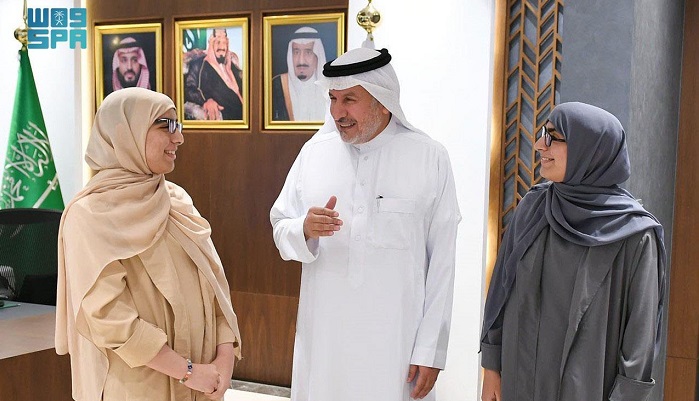 Muscat: Fifteen years after the separation operation, Dr. Al-Rabiah meets the former Omani conjoined twins Safa and Marwa who underwent surgery to separate adhesions in the skull, brain membrane and intervening veins in the Kingdom of Saudi Arabia in 2007.

The Saudi Press Agency said: "His Excellency the Adviser at the Royal Court and General Supervisor of the King Salman Centre for Relief and Humanitarian Action, Dr. Abdullah bin Abdulaziz Al-Rabiah, met at the center's headquarters in Riyadh, the former Omani conjoined twins Safa and Marwa who underwent successful surgery to separate adhesions in the skull and membrane, the brain and intervening veins, in King Abdulaziz Medical City in the National Guard in Riyadh in 2007, when they came to the Kingdom of Saudi Arabia to follow up on medical examinations.”

Dr. Al-Rabiah stressed that the high international status reached by the Saudi Arabia programme for separating Siamese twins would not have come without the unlimited support and attention of the rational leadership.

He added that the Kingdom of Saudi Arabia has become specialised in performing complex surgeries, due to its advanced human and technical capabilities that have made it a destination for anyone who desires treatment, whether from inside or outside the Kingdom.

The parents of the Omani twins expressed their gratitude to the government and people of the Kingdom of Saudi Arabia for harnessing the necessary efforts to conduct the separation and treatment of their two daughters, stressing that this tender gesture has had a great impact on their lives.