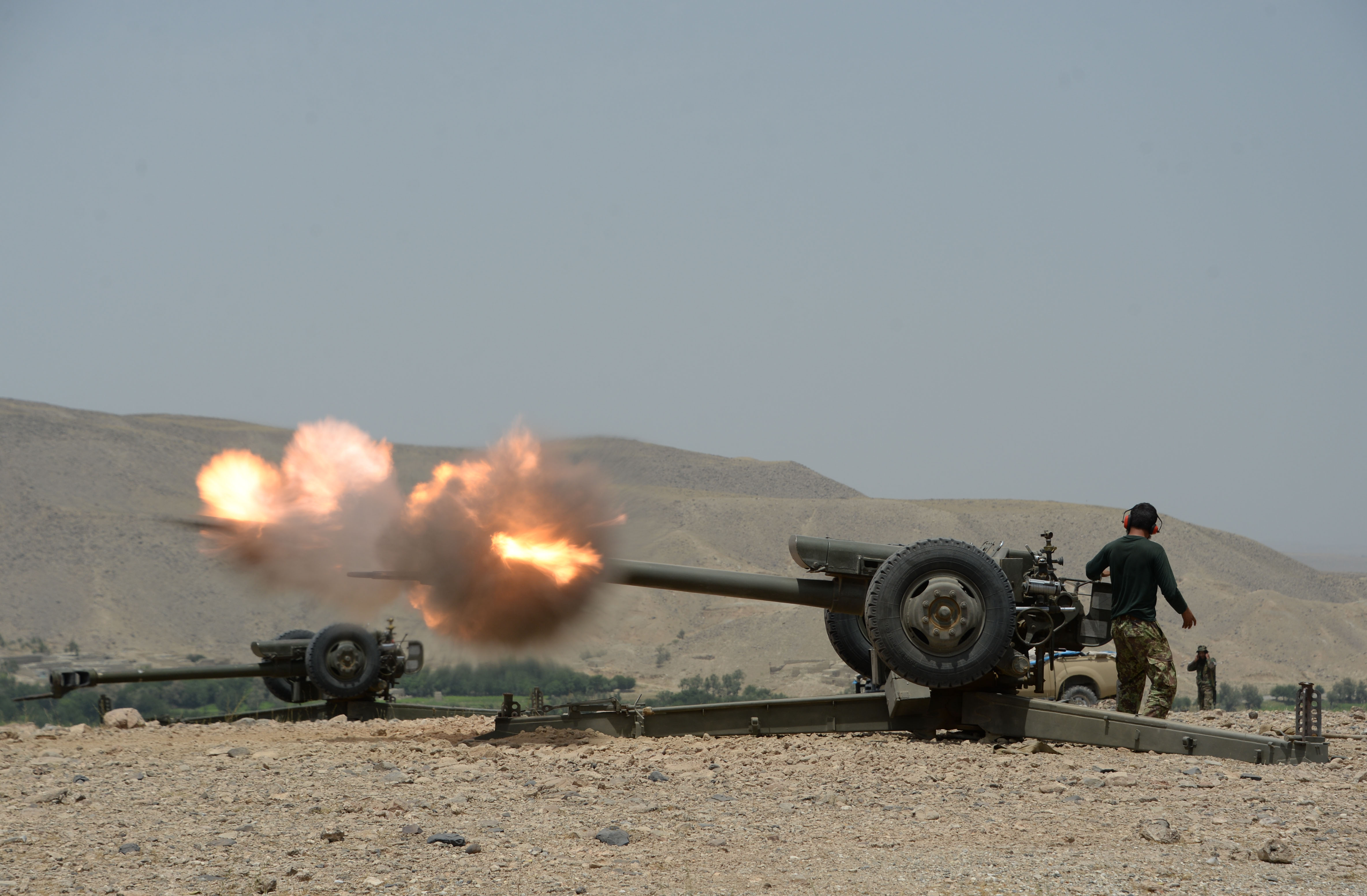 Kabul: Heavy fighting between IS militants and government security forces has claimed dozens of lives in eastern Afghanistan, officials said on Sunday.
In recent months insurgents claiming allegiance to IS had largely appeared to be bottled up in a mountainous area along the border with Pakistan under threat of US air strikes.
The latest attacks indicate the group remains a potent threat to a government already battling an insurgency dominated by the rival Taliban. At least a dozen Afghan security forces and civilians had been killed, with another 18 wounded, Nangarhar province governor Saleem Khan Kunduzi said in a statement.
Local officials claimed more than 100 IS fighters had been killed in fighting in Nangarhar over the past three days, although exact figures varied and could not be independently verified. "There is no doubt that Daesh(IS) do not respect anyone," Kunduzi said.
"They kill people, regardless of whether they're a child or a woman. They burn down madrasas, mosques and schools." As many as 25 homes had been burned down in Kowt district, and five civilians were reported kidnapped, Nangarhar officials said.
Hundreds of police and soldiers are engaged in the area with reinforcements on the way, provincial police chief Zarawar Zahid said. At a small event on Sunday in Kabul, the head of Afghanistan's civil society federation, Sediq Ansari, blamed local leaders for being negligent in the face of IS threats and called on them to be suspended.
"They should be accountable for every drop of blood that has been shed in Nangarhar so it becomes a lesson to other officials," he told gathered reporters. Militants linked to IS have not made as much progress in Afghanistan as in Syria and Iraq, where the group seized major cities and wide swathes of territory and attracted thousands of recruits.
In Afghanistan, the group is thought to consist mostly of disaffected members of other insurgent movements, including the Taliban, who have often battled IS for control of areas in Nangarhar. In January, US President Barack Obama gave US forces in Afghanistan more freedom to attack IS targets, leading to a spike in air strikes and other operations, especially in Nangarhar. No coalition forces have been involved in the latest fighting, spokesman Commander Ron Flesvig said.