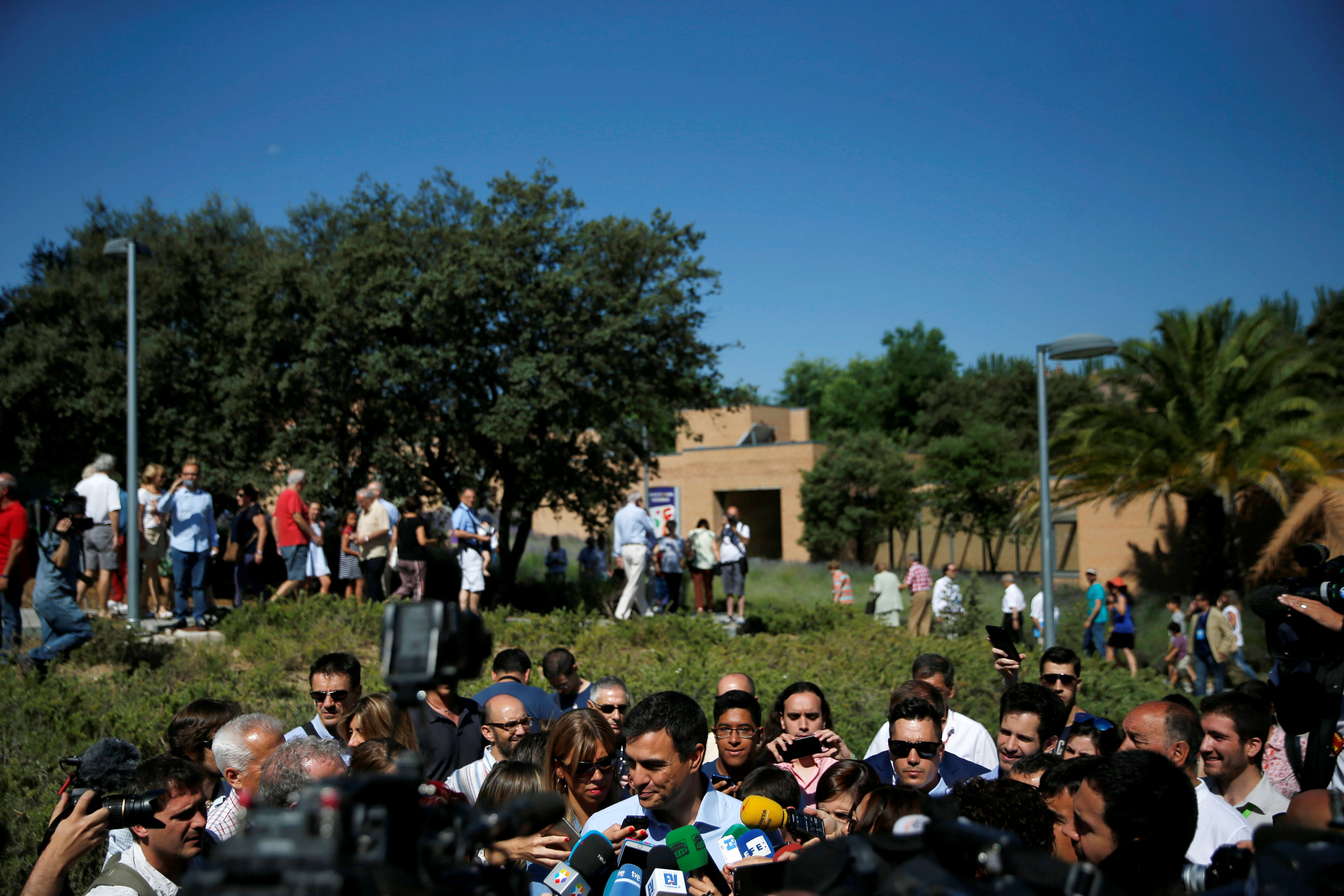 Madrid: Spaniards voted on Sunday in a parliamentary election in which the anti-austerity party Podemos is expected to make big gains, potentially delivering a fresh jolt to Europe's political mainstream after Britain voted to leave the European Union.
The last election, in December, broke the mould of 40 years of stable conservative or Socialist majorities and failed to produce a government, as upstart parties channelled growing resentment of the establishment following an economic crisis and a raft of corruption scandals.
Opinion polls suggest the parliament that emerges this time will be just as fragmented as the previous one.
Four big parties and six smaller regional ones are likely to win seats in the 350-strong assembly, none of them coming close to a majority. The centre-right People's Party (PP) looks set to be the biggest party again, with around 120 seats. But its natural coalition partner, the liberal Ciudadanos ("Citizens"), appears likely to win only about 40 seats, leaving them well short of the 176 needed for a majority. In theory, the rise of Unidos Podemos ("Together We Can"), a leftist alliance led by Podemos, could offer a way out. The 90 seats it is expected to win, combined with around 80 for the Socialist Party (PSOE), would be close to a majority. Support from some of the regional parties could enable them to form a government. Many analysts believe, however, that the 137-year-old Socialist Party would prefer to form a 'grand coalition' with the PP, led by the acting prime minister, Mariano Rajoy, or give passive support to a minority PP government, rather than combine with a group that threatens their existence.
"This is a crucial time for the left. Our time has come. We have an opportunity for change," said Carlos Martinez, a retired administrative clerk who cast his ballot for Unidos Podemos in the Arganzuela neighbourhood, in the south of Madrid. However, the 77-year-old, who voted in December for the former communists of United Left, now part of Unidos Podemos, said the anti-austerity alliance might find it hard to govern because other parties may coalesce to block it. UNCERTAINTY Such a scenario would have echoes of Greece, where a long-established centre-left party, PASOK, joined a conservative-led government in 2012, only to find itself subsequently humiliated by the rise to power of the far-left Syriza party -- which is close to Podemos.
After Britain's vote to quit the EU, Greece's Syriza prime minister, Alexis Tsipras, and Podemos leader Pablo Iglesias called for a re-launch of the European Union based on improved democracy, social protection and solidarity. "It's bad news for the future of Europe. We are very worried about the decision of the British people. And we think we need to reconstruct another idea of Europe based on social rights and human rights," Iglesias told journalists on Friday as he closed his campaign. It is not clear which impact the result of the British referendum will have on the Spanish election. Some voters said on Sunday they went for a "safe option" by backing the historically dominant PP and PSOE. Others said they were encouraged to vote for the insurgent Podemos.
Like Martinez, though, many signalled the Brexit vote did not influence their choice With summer holidays starting, there are also doubts about how many Spaniards will turn out to vote again, six months after an election that produced only political bickering. Silvia Gea, a 39-year-old pharmacist from Madrid and long-time PP voter who cast her ballot for Ciudadanos in December, said she backed the PP this time around because she hoped it would help unlock the six-month stalemate. Yet, she said she doubted political parties would reach an agreement any time soon. "I can see us coming back here to vote in six months time," she said.