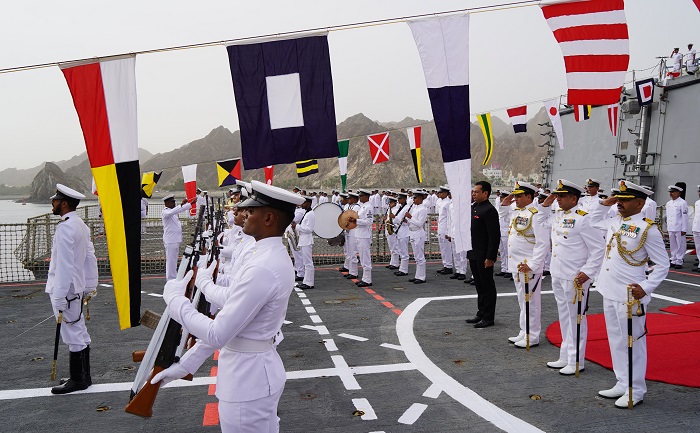 MUSCAT: India’s 76th Independence Day was celebrated in Oman with great enthusiasm among members of the Indian community.

The Ambassador hoisted the National Flag at the embassy and read out excerpts from President’s address on the eve of Independence Day, in the presence of Indian community and embassy officials.

The Ambassador thanked the Indian community for their exceptional contributions to strengthening India’s relations with Oman. “Soulful rendition of patriotic songs by Indian School Muscat students added color to the celebrations,” the embassy added.

Sunil K. A., Convener, School Management Committee was the Chief Guest of the event.

The programme commenced with the National Anthem of India. It was followed by the rendition of an evergreen patriotic song by the school choir titled, ‘Yeh Desh Hai Veeron Ka Hindustan’.

A presentation - Incredible India – highlighted the many achievements of the luminaries of India and some amazing attractions the land has offered to the world.

The soulful strains of music played by an orchestra comprising teachers and students held the audience spell-bound and aroused in them a feeling of pride in belonging to a nation as great as India. The mesmerising dance performance, ‘Pinnal Attam’ that followed, showcased the uniqueness, grace and beauty of a traditional art form of India.