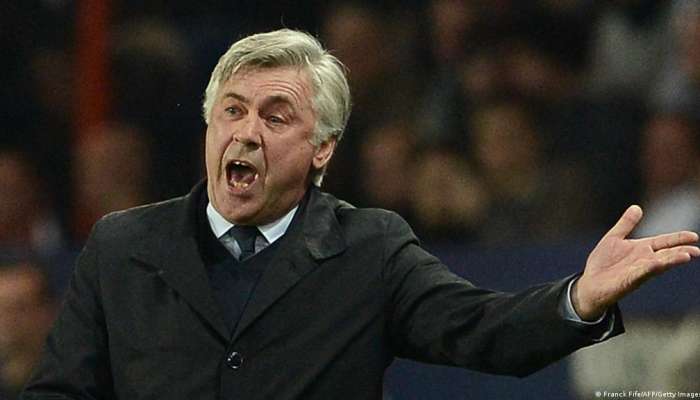 MADRID: Despite saying there was room for improvement, Real Madrid coach Carlo Ancelotti expressed his satisfaction at how a much-changed side kicked off their title defense with a 2-1 win away to Almeria.

A Madrid starting 11 with six changes to that which beat Eintracht Frankfurt in the Super Cup four days previously, recovered from an early goal following an error from debutant Antonio Rudiger and saw how second-half goals from Lucas Vazquez and David Alaba - the second an excellent free kick - turned the game around.

"I think Rudiger had a good game, although the youngsters didn't play as well as they can do, or as they have been doing in training. They didn't do anything wrong, but they can do better," said Ancelotti afterwards.

"It's normal to suffer and we complicated the game with a defensive error and that made it hard for us. However, we took a lot of corners and after we scored, things got a lot easier," he added.

Ancelotti brought Eden Hazard on as a second-half substitute playing behind the forwards, and the coach admitted it could be a good role for the Belgian.

"We have to bear in mind that Vinicius Jr likes to play on the wing. Hazard was good when he came on, he has trained well and I think he is going to have minutes this season," he commented.

One player who didn't get into the action was forward Marco Asensio, who could be set for an exit.

"Asensio is a Real Madrid player and as long as he remains so, I consider him to be one and he is going to play," said the coach, who reminded he reporters the forward scored "a lot of goals" (12) last season.

"He is an important player, but we will have to wait until August 31 to see what happens," concluded Ancelotti.