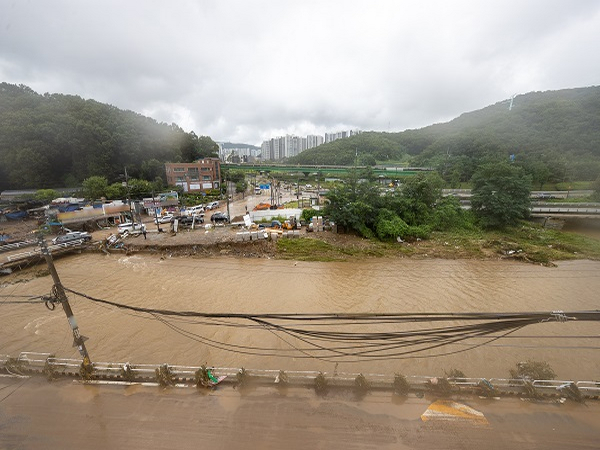 Seoul: Record-breaking rain in Seoul, the capital city of South Korea, caused flooding and resulted in heavy loss to the public exchequer.

At least 600 people were displaced after 2,682 buildings and apartments were flooded due to heavy rains. More than 20,000 livestock died, and crops about 325 times the soccer field was damaged. With the continuing downpour, the government and local governments are speeding up repairing buildings and streets. The actual damage is expected to increase further after the damage investigation.

At least nine were dead, 17 others were injured, and seven people remain missing, according to the Central Disaster and Safety Countermeasures Headquarters.

Several casualties were reported from Seoul, Gyeonggi, and Gangwon. Around 145 people were rescued, including 85 in Gyeonggi, 44 in Incheon, nine in Gangwon, and seven in Seoul.

More than 1,200 people moved to a safe place temporarily after leaving their homes. This is a decrease of people from 1,253 at 6 a.m. 244 people returned home, but in many cases, they cannot stay at home due to the damage. 988 people have lost their homes due to the flood.

Currently, 1,471 people are staying in 103 temporary facilities such as community centres, schools, village halls and accommodation facilities. Around 67 people moved to their family and relatives' homes.

Only 50 people returned home, and the remaining 550 people are staying at the temporary facilities.

The government is currently in talks with related organisations such as the Disaster Relief Association to support the disaster relief donation.