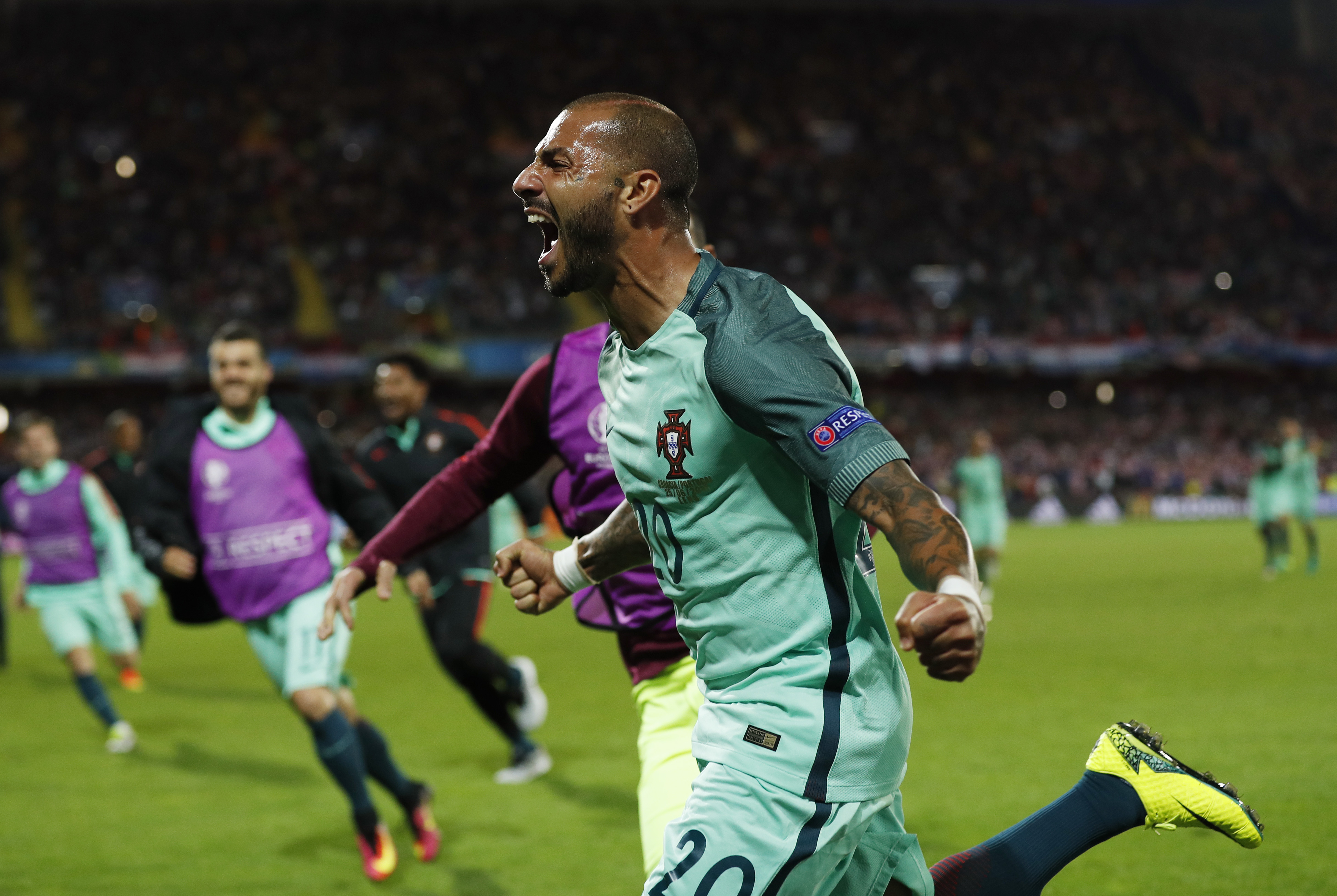 Lens, France: A close-range header from Portugal substitute Ricardo Quaresma secured a 1-0 win over Croatia after the game burst into life in the last few minutes of extra time on Saturday to set up a Euro 2016 quarter-final against Poland next week.
Quaresma struck three minutes from the end of the extra period after a Cristiano Ronaldo shot was saved by Danijel Subasic to settle the tie just a minute after Croatia's Ivan Perisic hit the post with a header.
Until then Portugal's best chance came from a teasing free-kick from Raphael Guerreiro with Pepe heading over the bar in the first half. Croatia responded with a glancing header from Domagoj Vida on the hour.
Croatia had done well to shut out Nani and Ronaldo but their own forward Mario Mandzukic was left desperately alone up front, getting no deliveries or support.
It was left to Quaresma to come off the bench and settle the match although Vida almost equalised at the death.