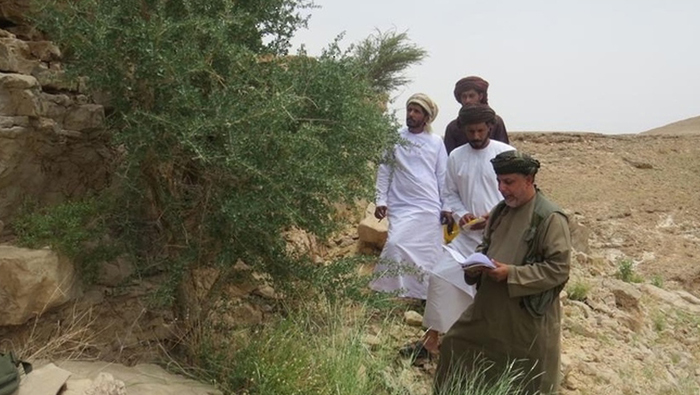 Salalah: The Environment Authority, represented by the Environment Conservation Office in Dhofar Governorate, launched a project to collect preliminary data about the Myrrh tree, an endangered plant species.

This species in Dhofar relates to the Arabian Myrrh tree, which assumes significance due to its natural, historical and economic values associated with frankincense over the ages. The two species have been included into the list of plants running the risk of extinction in a semi-desert environment or what is known as ‘rain shadow’ areas in Dhofar mountains—an extension of Al Najd area. The project seeks to develop an initial database for Myrrh tree area of vegetation, its flowering season, its harvest and scopes of supplying the Authority’s plantations with their seeds with a view to expanding the growth of this endangered species.

The EA plans to protect such fragile ecological systems through the establishment of an envisaged Myrrh Tree Park, said Khalid Ahmed Hardan, Head of Studies Department at the Environment Conservation Office. As part of the project, a plantation will be dedicated to the production of Myrrh tree seeds, he added.