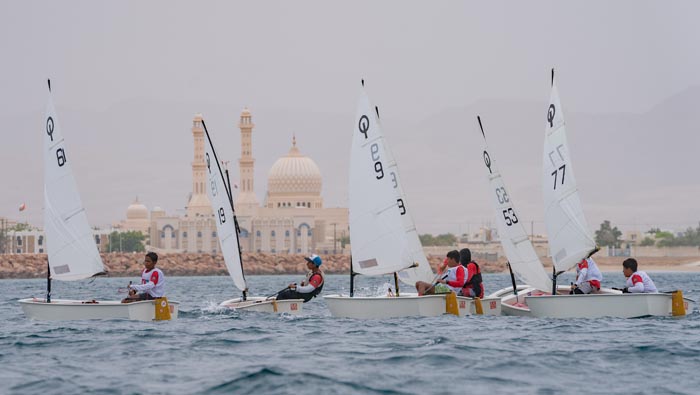 Muscat: Thirty young sailors have arrived at the Oman Sail Sur Sailing School to take part in a 14-day training camp as they prepare for a busy season of regattas, including the Arab Sailing Championships in October. Each day the sailors will be put through their paces with two sessions on the water to develop technique and boat handling skills, along with fitness and education in health and nutrition.

A Ranking Race will take place at the end of the camp to determine final positions for the regatta squads, bringing together sailors from all four of Oman Sail’s Sailing Schools.

Sailors from Optimist, ILCA 4,ILCA 6, ILCA 7, RS:X and iQFOiL wind surfing will be in attendance, and Optimist sailors will be able to learn from an expert Optimist coach and professional sailor in the second week.

Ahmed Nasser Al Qasmi, Training Camp Project Manager, said, “We have a busy season ahead, culminating in the Arab Sailing Championships at the Barceló Mussanah Resort from 11-15 October, so we are working towards that date by preparing the sailors in the best way we can. Over the next two weeks they will train together, learn from each other and the coaches and gain an understanding of how to become better sailors and stronger athletes.

He added, “The camp will be an exciting experience for the squads, and we look forward to seeing who rises to the challenge during the Ranking Race.”

Approximately 50 sailors will take part in the Ranking Race, each competing for a place in the final Arab Sailing Championship team which will take on sailors from 14 countries across the region.