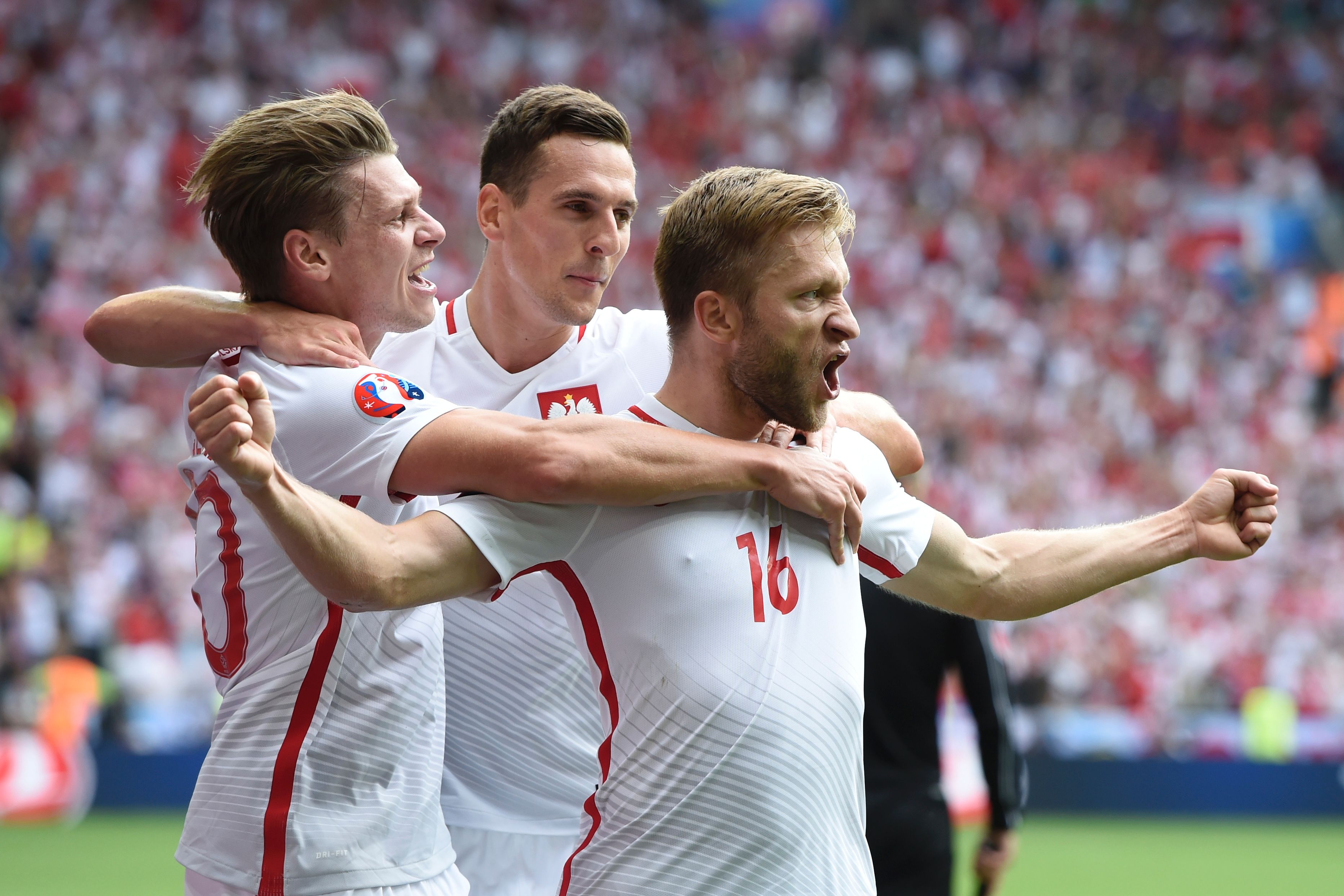 Saint-Etienne, France: Poland coach Adam Nawalka said his side may have put too much emphasis on their trademark defence but it was enough to see off Switzerland on Saturday and book a spot in their first ever European quarter-final.
After dominating the first half and going a goal ahead, Poland sat deep, allowing the Swiss to draw level and push the game into extra time. The Poles then triumphed after taking the penalty shoot-out 5-4.
"We are trying to play a low pressing (game) but perhaps we have gone a bit too back to the defence and we didn't take too many counter-attacking chances with our fast pace and we had opportunities to do it," Nawalka said.
"This is football, we need to take a step back sometimes to take two steps forwards."
Poland now face a tougher test against either Croatia or Portugal in Marseille on Thursday, and will need to show more attacking flair.
"The first half was great. We created many chances and we scored a goal but we could have scored more and more goals and then we would have had total control of the match," Nawalka said.
"We need to be prepared that the teams who play at a high level will be always attacking. They will not be lying in the penalty area and waiting for the full time whistle."
One concern is that striker Robert Lewandowski, the leading scorer in Euro 2016 qualifying with 13 goals, is still to break his duck at the tournament.
But Nawalka is confident that he will rise to his country's greatest footballing occasion in a European competition on Thursday.
"I am confident that the break is going to happen in the next match and then let the opponents be afraid," he said.