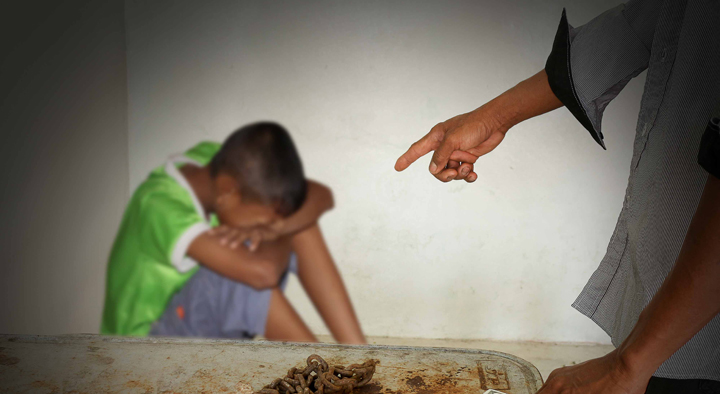 Muscat: An estimated 331 children aged 7 to 18 years are working in the Sultanate, with over a third of them residing in the capital Muscat itself, a new study has revealed.
According to the report, commissioned by the Ministry of Social Development, 94 per cent of child labourers in Oman are boys. All the children come from low-income Omani families.
Researchers said 37.5 per cent of these children are based in Muscat, while 26.9 per cent are concentrated in the North and South Batinah province. Some 10.3 per cent of these child workers are in the Al Dhahira Governorate.
Musandam accounted for 10 per cent of these child labourers, while the percentage of working children in the north and south province of Al Sharqiyah was pegged at 9.6 per cent. About 6.3 per cent of child workers are present in the Dhofar governorate. The remaining 2.1 per cent were found working in the central provinces of the country.
Educational status
“Some 56.8 per cent of these children have passed or are studying in Class 10 to 12,” the study said, adding “some 41 per cent have not studied beyond class nine.”
The children are exposed to exploitation and there is a high proportion of them dropping out of school, according to the study, which also states that 36.3 per cent of these children had only ‘acceptable’ or ‘weak’ academic records. The survey further stated that most of the children belong to families where parents have low education levels and monthly incomes are of around OMR300. About 40.8 per cent of these families earn less than OMR250 a month.
The majority of these child workers are working in traditional family industries, such as fishing, agriculture or livestock and other minor professions, usually near home and with their families.
About 48.3 per cent of the children have found work in the fishing industry, while 23.6 per cent are working as salesmen, and 10.6 per cent sell grilled meat.
First study
The study is being billed as one of the first to discuss the level of child labour in the governorates of the Sultanate.
The Times of Oman spoke with a prominent lawyer in the Sultanate who said she and her firm have never received a complaint about child labour. She added that it may be the culture and traditions of the country that expect children to help their parents at such a young age. According to the Labour Law, it is legal for children above 15 years to work.
Chapter Five: “Employment of Juveniles and Women,” Article 75 states: “The employment of juveniles from either sex or permission thereto to enter the place of work before they attain the age of 15 is prohibited. The aforesaid age may be raised through a decision of the minister in respect of certain industries and works that so require.”
Article 76 of the Labour Law also stated: “Juvenile employees, who are less than 18 years of age shall not be required to work between 6 pm and 6 am nor shall they be required to do actual work for a period exceeding six hours a day.”
Penalty
A penalty for this is explained in Article 118, which states: “Violators of Chapter Five shall be punished by a fine of OMR500. The fine may be doubled according to the number of women juveniles employed in violation of the provisions. If the same incident is repeated after one year, the employer may be subject to a maximum of one month imprisonment in addition to the fine.”
The Child Law also has a similar rule pertaining to working children. According to the Child Law’s Article 45, “Children shall not work in areas or industries that can harm their nature, or in an environment that harms their health, safety and behaviour and those workplaces shall be underlined by the Minister of Manpower in coordination with responsible authorities.”
Article 46 expands this by stating that, “Children shall not work if they have not completed 15 years of age in the areas mentioned in Article 45 of the law. The Minister of Manpower may raise the age limit in some areas and industries if necessary.”
Article 71 of the Child Law cites the penalties for making children work where it states, “A jail sentence of not less than one month and not more than six months, and a fine of not less than OMR500 and not more than OMR5,000, or either of these two punishments are handed to those who violate Articles 45, 46, 48 and 49 of this law.”
“The study aims to recognise the magnitude of the problem of child labour and its geographical spread in the Omani society and to identify the social, educational and economic characteristics of Omani child labourers,” the survey read.
The survey also identified the health risks, psychological, familial, and economic aspects affecting child labourers.
About 72.5 per cent of these children are aged 16 to 18 years, while some 23.5 per cent are aged 10 to 15 years old. About 90.9 per cent of this workforce is healthy though, the study said.
Family size
The results have also found that 42 per cent of working children live in families consisting of nine of more members, while 34.7 per cent live in families consisting of five to eight members forcing these youngsters to raise the family’s income. In its recommendations, the survey called for the formation of a committee in each province to ensure that child labour laws are not violated.
The study also urged families to join awareness programmes to learn about the importance of cohesion and education, as well as be awarded a monthly stipend to overcome economic difficulties, along with raising awareness about child labour in order to solve the issue.
It has also recommended stepping up Corporate Social Responsibility activities in the private sector and creating programmes that can contribute to improving efficiency of those under social insurance and low-income families.