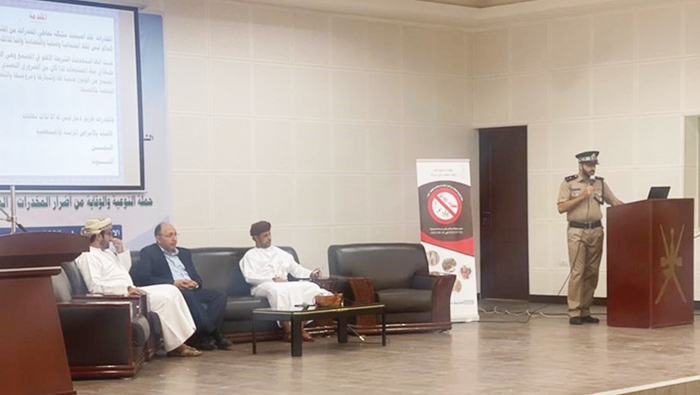 Mirbat: A symposium was held on Monday in the Wilayat of Mirbat in the Dhofar Governorate to raise awareness and prevent the spread of psychotropic substances. The event was organised by the office of the Wali of Mirbat.

During the symposium, a number of working papers were presented.

The first dealt with the types of drugs and psychotropic substances, the reasons for their abuse, social causes and bad habits that lead to drug addiction, and the legal status presented by the General Administration of Narcotics and Psychotropic Substances in the Governorate of Dhofar.

The fourth paper, presented by the General Directorate of Endowments and Religious Affairs in Dhofar Governorate, reviewed drugs and psychotropic substances from a religious perspective.

The symposium was attended by the Acting Wali of Mirbat, and a number of officials, sheikhs, dignitaries and people of the Wilayat of Mirbat. -