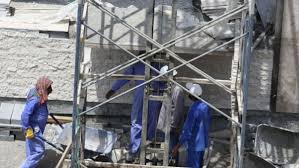 Muscat: Absconding and ‘free visa’ workers are ‘haunting’ embassy officials and social workers after death, because of the difficulties involved in tracing their relatives.
Due to the lack of proper documents, embassy officials and social workers struggle to repatriate bodies when the absconding and ‘free visa’ workers die here.
In one case, the Bangladesh embassy has been trying for the last six months to identify a dead Bangladeshi housemaid. Her remains are still unclaimed and, as her papers were not correct, identification has become a major hurdle.
Embassy officials and social workers confirm that they have come across several cases of bodies of ‘free visa’ and ‘absconding’ workers lying here in Oman for months in the mortuary as they struggle to find the deceased’s family details back in the home country.
“We come across several cases of ‘free visa’ and ‘absconding’ expats lying in Oman for months. Due to lack of proper documents, we find it hard to track their families back in Bangladesh,” a senior Bangladesh embassy said.
“In some cases, it even takes months to find the family,” he told Times of Oman.
For the last six months, the embassy officials have been coordinating with local authorities and those in Bangladesh to repatriate the housemaid’s body.
“As she was an ‘absconding’ housemaid, we got the information quite late when she passed away. In addition to that, as some papers were missing, it was quite hard to find her home contacts. However, we finally tracked down her home address and contacts. Now, the hurdle we face is how to fund the repatriation process as her employer has failed to turn up,” the embassy official added.
It’s the responsibility of the employer to repatriate the body of the worker to the home country, but many fail to do so and the onus falls on the embassy and social workers.
“In the case of bodies of absconding and ‘free visa’ workers, first it is quite difficult to track the family back in Bangladesh. We do it through our network and with the help of media in Bangladesh. The second hurdle we face is of raising money to repatriate a body. Nearly OMR500 is needed to repatriate a single body,” Mohd Sanaulla, a Bangladeshi social worker, said. “As employers won’t turn up, we struggle a lot,” Sanaulla said adding that from a humanitarian point of view, action should be taken to settle the issue.
Recently, a Times of Oman investigation found that nine out of every 10 Bangladeshi workers in Hamriya are ‘free visa’ workers who don’t work under their sponsor - a violation of the labour law.
Without proper documents, job and protection, they struggle daily just to find food and survive.
According to Oman government’s May data, there are 639,899 Bangladeshi workers in Oman. However, the data doesn’t reveal how many of them work under their sponsor or not.
In a 2015 amnesty, around 7,300 Bangladeshis out of 23,186, who were registered during a six-month-long amnesty scheme, did not make use of the offer for amnesty.
A recent government data also shows that as many as 130,511 expatriates are not registered.