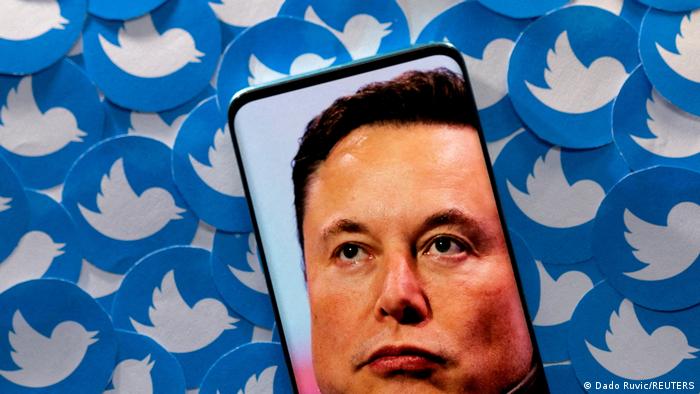 Billionaire Elon Musk has accused the social media platform Twitter of fraudulently holding back information about the company as part of a countersuit, media reported on Friday.

The court records show that Musk is claiming Twitter misled him about key aspects of the business during his bid to buy the company for $44 billion (€43.3 billion).

The social media company is suing the Tesla CEO to force him to go through with the deal, which he has since tried to abort.

"Twitter's disclosures have slowly unraveled, with Twitter frantically closing the gates on information in a desperate bid to prevent the Musk Parties from uncovering its fraud," the countersuit, which was unsealed in a court filing late Thursday, claims.

Twitter said in its own filing that "according to Musk, he — the billionaire founder of multiple companies, advised by Wall Street bankers and lawyers — was hoodwinked by Twitter into signing a $44 billion merger agreement."

What are the claims of Musk's countersuit?


Twitter had issued its own response to the countersuit before it was made public.

The company preemptively denied accusations from Musk that it had committed fraud, employed "delay tactics" and offered only "sanitized, incomplete information" on the number of bots on the platform.

Musk has previously said he pulled out of the deal because Twitter did not give him an accurate estimate of bot accounts on the network.

His lawyers claim that the number of "monetizable daily active users" is some 65 million fewer than the figure of 238 million originally given by the company.

Twitter said the billionaire was just making up "a story, imagined in an effort to escape a merger agreement that Musk no longer found attractive."

Twitter's lawsuit against Musk is set to go to trial in October with the Delaware Chancery Court judge expecting it to last five days.


Musk agreed to buy the company in April for a price of $54.20 per share. He then announced that he would back out of the deal in July, which has seen the company's stock price tumble to just over $40.

The Tesla chief, who is an avid user of the platform, said he planned to root out fake accounts and take a lighter touch to content policing, even going so far as saying he would restore the account of former US President Donald Trump, who was banned after the January 6 Capitol riots.

Although the number of Twitter users pales in comparison to the likes of Facebook, it is popular among numerous political leaders and well-known figures. The prospects of a Musk takeover, and his promises of free speech absolutism, have sparked fears that the platform will be used to incite violence and hatred.

Whichever side is found culpable for the failure of the deal to go through may have to pay a $1 billion breakup fine.

But Twitter wants to force the billionaire to cough up the full $44 billion and purchase the company.