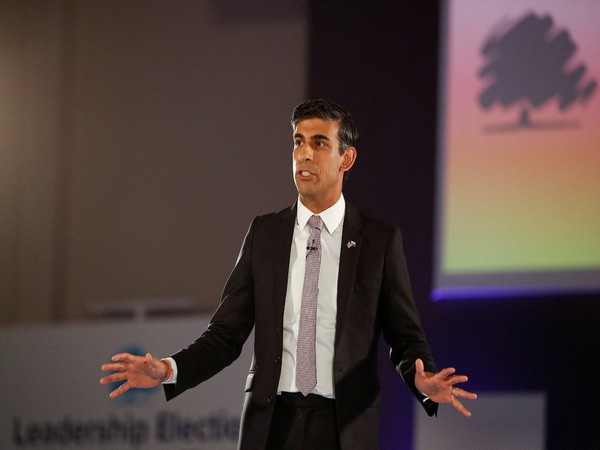 London: The Conservative party leadership results are just weeks away and it looks like Liz Truss's victory over Rishi Sunak is imminent.

The result of the vote to decide who will replace Boris Johnson as the next British Prime Minister is due on September 5. The latest poll showed how a significant number of Conservative party members who were polled back Liz Truss against Rishi Sunak. Here are the main reasons why Rishi Sunak faces imminent defeat:

1. In the first place, Rishi Sunak is regarded as one of the main reasons for the downfall of Boris Johnson's government. His resignation prompted others to follow suit. Some of the Boris loyalists, who have been very vocal in attacks against Sunak, hold that against him.

One such figure is British Culture Secretary Nadine Dorries who faced criticism for retweeting a distasteful image of Sunak dressed as Brutus and Johnson as Roman leader Julius Caesar.

2. Truss has also the backing of some of the former UK PM race contenders, including Tory backbencher Tom Tugendhat, who was knocked out of the race. Tugendhat has said he prefers Truss' campaign pitch with its promise of immediate tax cuts. He even said after watching the candidates go head-to-head in live TV debates, "only one has convinced me she's ready".

3. Much of the evidence of Liz Truss's inevitable win lies in the new survey of members of the governing Conservative Party. According to the ConservativeHome survey, Liz Truss is firmly ahead of rival Rishi Sunak in the race to replace Boris Johnson as the UK PM.
"YouGov gives her a 34 point lead which extends, on a forced choice, to a 38 point lead (69 per cent to 31 per cent). Divide our 16 points of don't know and others evenly between the candidates and, lo, Truss has a 32 point lead (66 per cent to 34 per cent)," the survey said.

4. It's a race against time for Sunak. Independent surveys and polls have shown Truss consistently scoring ahead of Rishi Sunak. As the final date of the results is approaching, the UK Foreign Secretary is even stretching her lead.
Sunak needs a massive game-changer to turn this contest round if new ConservativeHome findings and YouGov's are right. And it's very difficult to see where that could come from.
"Those interested in polling and the recent past will note that we originally found Truss ahead of Sunak by 17 points (July 12) and that the gap then closed to seven points (July 17). YouGov had Truss ahead of Sunak by 24 points (July 13) with the gap then closing to 18 points (July 20) - on an unforced choice in both cases," ConservativeHome survey said.

5. Another reason why Liz Truss may win is the narrative shaped around Rishi Sunak's wife, Akshata Murthy, who is the daughter of Indian industrialist Narayan Murthy.

After reports of Akshata's non-domicile status and alleged tax evasion in April, Rishi Sunak claimed that she has been paying all taxes. Her spokesperson said that Akshata Murthy "has always and will continue to pay UK taxes on all her UK income".

Even last month Akshata landed in hot soup after she was spotted serving tea to media persons in a brand called Emma Lacy which cost 38 pounds each.