Never expected 'Udta Punjab' to be my biggest opening: Shahid 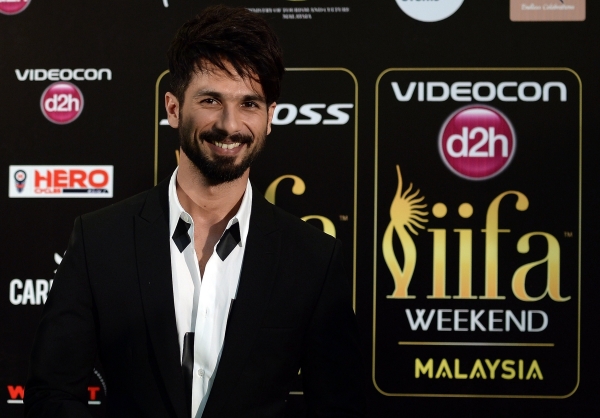 Madrid: For Shahid Kapoor, the success of "Udta Punjab" is nothing less than a surprise as the actor says he never expected the film to become the biggest opening of his career.
The Abhishek Chaubey-directed film, which talks about the drug menace in the north Indian state of Punjab, released on June 17 and reportedly minted INR 33.8 crore over the first three days.
"It is very weird that something so dark has turned out to be the biggest opening of my career. I don't know what to make out of it. I am extremely happy that people understood the film.
"This has proved that there is nothing like commercial or non commercial cinema, there is only good content and bad content," Shahid said on the sidelines of International Indian Film Academy (IIFA) awards being held here.
The movie, which also stars Alia Bhatt, Kareena Kapoor Khan and Punjabi superstar Diljit Dosanjh, was caught in an ugly battle with the censor board, which objected to its title and content. The makers eventually got a green signal from the Bombay High Court and were able to release the film on scheduled date.
The 35-year-old "Haider" star said it is important for movies like "Udta Punjab" to be made and watched as it addresses the issues which youth should be aware about.
"I can only thank the audience for liking the film. We made the film with lots of love and honesty and wanted this kind of response.
"The film's issue is very relevant for this generation, so as many people watch the movie the better it is for them. I was very happy that a lot of people spoke about it. They were curious about the subject and supported it."
Shahid will next be seen in Vishal Bhardwaj's "Rangoon," which is slated to release on February 24, a day before his birthday. The film also stars Kangana Ranaut and Saif Ali Khan.
"I will be working on my birthday but I am very happy about that. It is my third film with Vishal sir. It is a great cast. I hope you like it."
When soon-to-be father Shahid was asked if it is difficult to leave behind his wife Mira so near her delivery date, he said, "It is always difficult to leave your wife back."