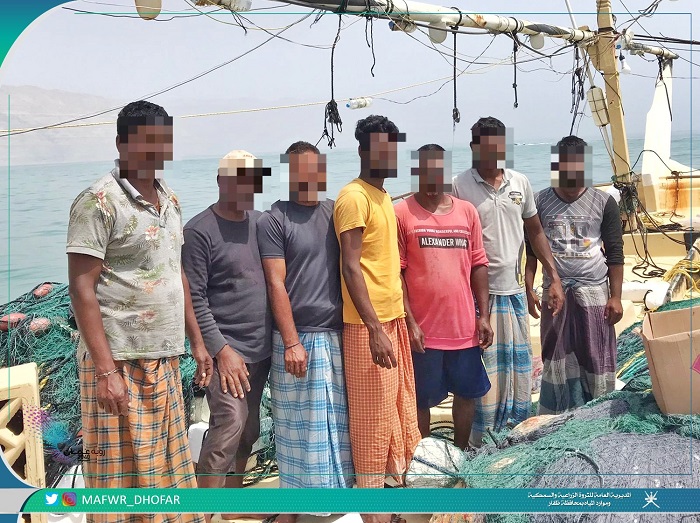 Muscat: Eight expats have been arrested and their unlicenced artisanal fishing vessel was seized in the Dhofar Governorate.

"The fisheries control team carried out an inspection campaign in the Arabian Sea, adjacent to the Niyabat of Hasik, and seized an artisanal fishing vessel that did not have a licence. Eight expatriate workers on the vessel who did not have the licence to practice the profession were also arrested. A number of fishing boats without licences or numbers were also seized. Legal action is being taken against the violators," the Directorate General of Agriculture, Fisheries and Water Resources in Dhofar Governorate said in a statement.