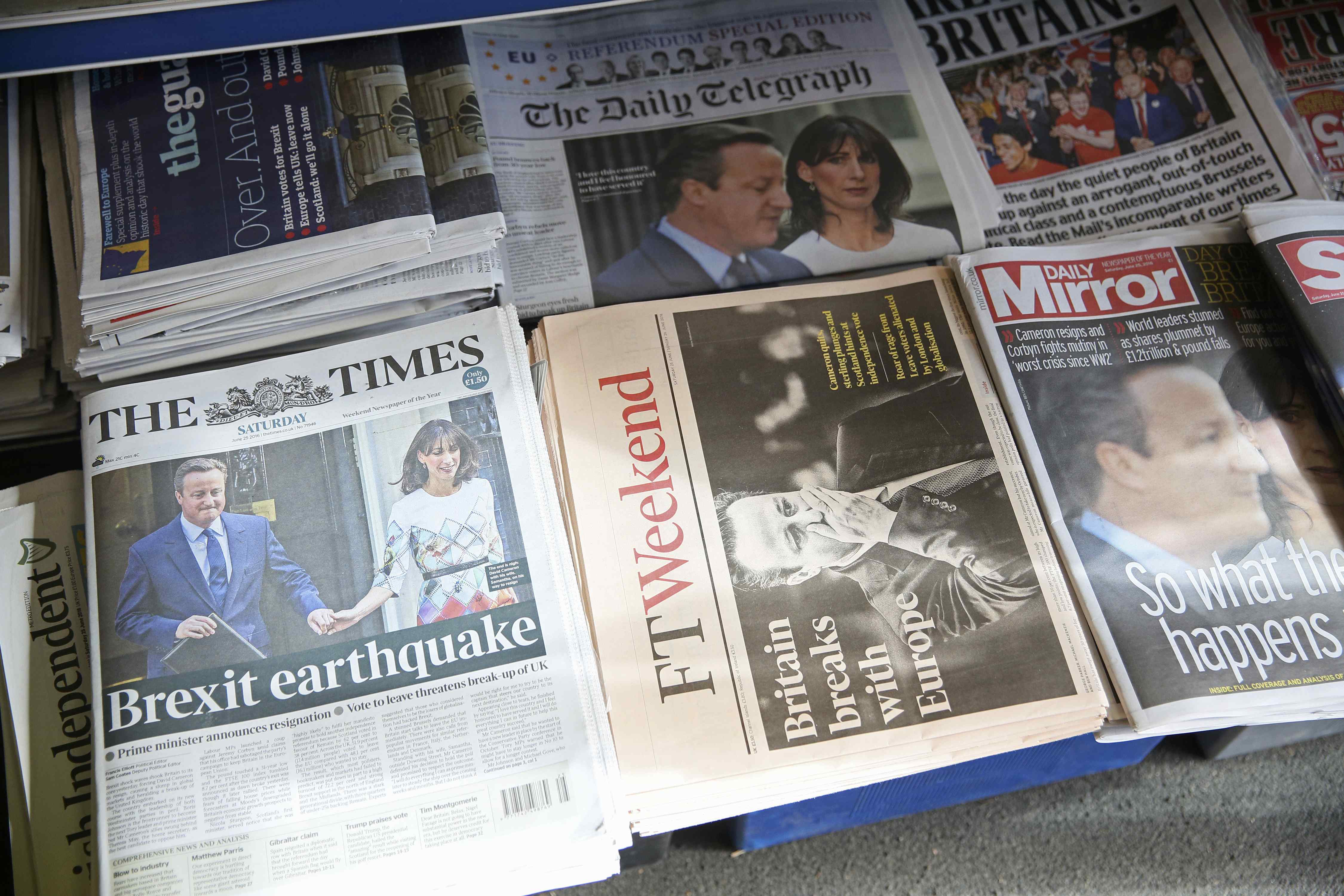 London: Britain should begin informal negotiations on a full settlement governing its post-Brexit relationship with the European Union before invoking Article 50 of the Lisbon Treaty, the chief executive of the Vote Leave campaign said on Saturday.
"We don't think there is a need to swiftly invoke Article 50," Matthew Elliott told Reuters in an interview.
"It's best for the dust to settle over the summer and during that time for there to be informal negotiations with other states," he said.
Britain was under pressure on Saturday to set out a quick timetable for a divorce from the EU after the country's historic vote to leave the bloc sent shockwaves around the world, though signals from the rest of Europe were contradictory.
Prime Minister David Cameron said on Friday that he would resign to make way for a new leader to be in place by October.
He said the new leader would make the decision about when to invoke Article 50 and start the formal process of leaving the EU.
Article 50 of the Lisbon Treaty states that after notification of a wish to leave the EU, the exiting member state has two years to negotiate a deal.
Elliott said the full settlement on Britain's exit would include all aspects of the relationship, including the British contribution to the EU, access to the single market, extradition agreements and so-called passporting for financial services.
"This is basically the full settlement on everything from our contribution to the EU - when that ends - and would also include access to the single market, it would have to include the status of certain agreements we have on extradition so there is a whole multiplicity of areas we have to cover," he said.
When asked whether it would include "passporting" rights for financial services companies in Britain to operate in the EU, he said: "Yes absolutely, it would be a full spectrum agreement covering everything to do with our relationship with the EU."
"There is no reason why a sensible arrangement couldn't be put in place for passporting to continue," he said.
Since the result of the referendum became clear on Friday morning, more than a million people have signed a petition for a new EU referendum that would require a higher level of support for taking a decision on membership.
But Elliott said the referendum decision to leave the EU had been made by the British people and that it would be implemented.
"This is the decision that has been made - it is going to happen. There is no way of wriggling out of it," he said.