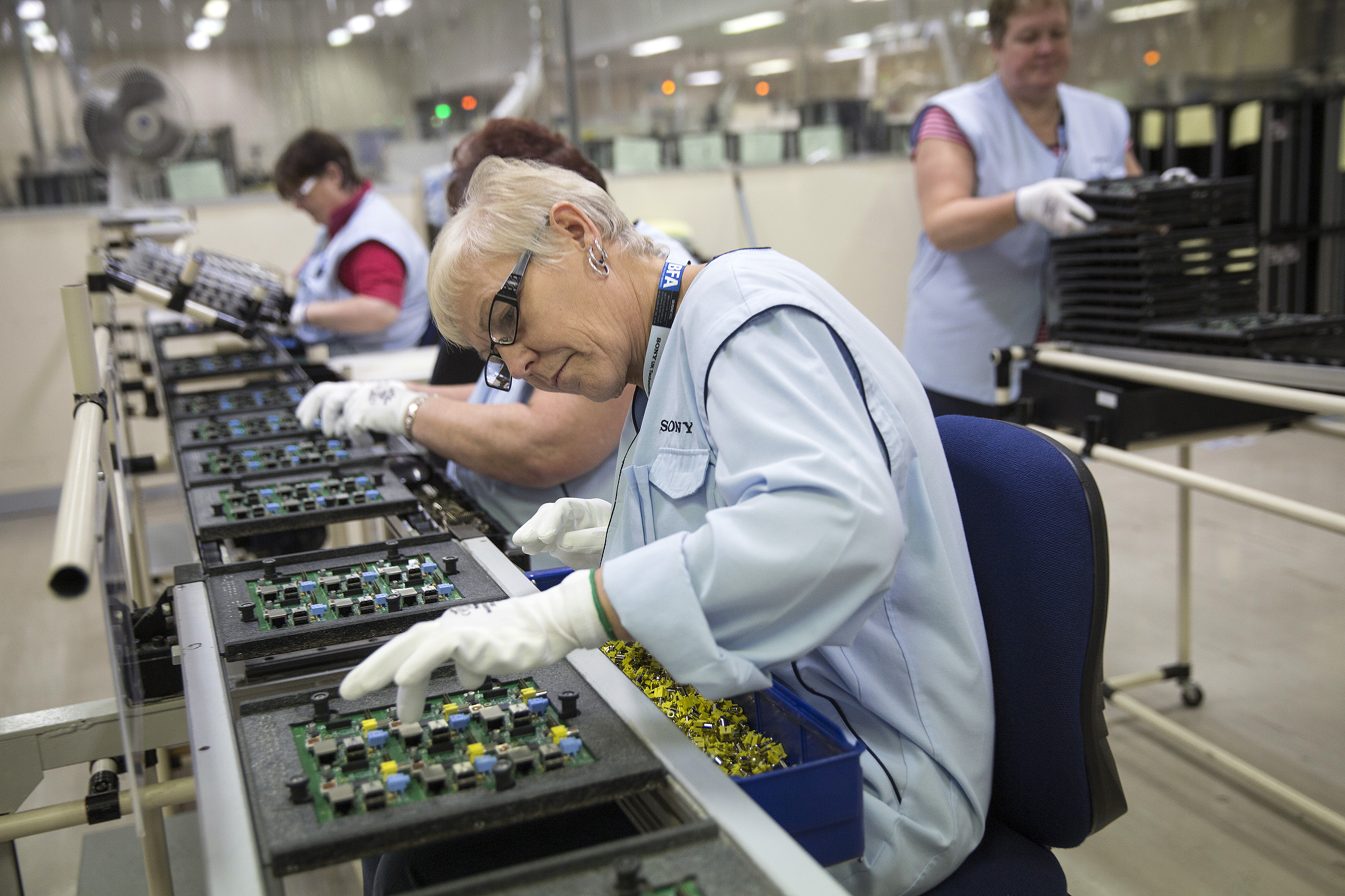 Britain isn’t the only country which held a referendum this month. On June 5, Swiss voters overwhelmingly rejected, by 77 per cent to 23 per cent, the proposition that every citizen should be guaranteed an unconditional basic income (UBI). But that lopsided outcome doesn’t mean the issue is going away anytime soon.
Indeed, the idea of a UBI has made recurrent appearances in history – starting with Thomas Paine in the eighteenth century. This time, though, it is likely to have greater staying power, as the prospect of sufficient income from jobs grows bleaker for the poor and less educated. Experiments with unconditional cash transfers have been taking place in poor as well as rich countries.
UBI is a somewhat uneasy mix of two objectives: poverty relief and the rejection of work as the defining purpose of life. The first is political and practical; the second is philosophical or ethical.
The main argument for UBI as poverty relief is, as it has always been, the inability of available paid work to guarantee a secure and decent existence for all. In the industrial age, factory work became the only source of income for most people – a source that was interrupted by bouts of unemployment as the industrial machine periodically seized up. The labour movement responded by demanding “work or maintenance.” Acceptance of maintenance in lieu of work was reflected in the creation of a system of social security: “welfare capitalism.”
The aim of welfare capitalism was explicitly to provide people an income – typically through pooled compulsory insurance – during enforced interruptions of work. In no sense was income maintenance seen as an alternative to work. As the idea of interruption from work was extended to include the disabled and women bringing up children, so entitlements to income maintenance increased beyond the capacity of social insurance, with benefits paid to eligible individuals from general taxation.
In the 1980s, US president Ronald Reagan and British prime minister Margaret Thatcher unwittingly extended the scope of welfare further, as they dismantled institutions and legislation designed to protect wages and jobs. With both left to the market, “in work” benefits, or tax credits, were introduced to enable employed workers to earn a “living wage.” At the same time, conservative governments, alarmed at the growing cost of social security, started to cut back on welfare entitlements.
In this newly precarious environment of work and welfare, UBI is seen as guaranteeing the basic income previously promised by work and welfare, but no longer reliably secured by either. (A leading advocate, Guy Standing of the University of London, has written a book called The Precariat.) An additional argument, always resonant in this tradition, but particularly so today in poor countries, is UBI’s emancipatory potential for women.
The ethical case for UBI is different. Its source is the idea, found both in the Bible and in classical economics, that work is a curse (or, as economists put it, a “cost”), undertaken only for the sake of making a living. As technological innovation causes per capita income to rise, people will need to work less to satisfy their needs.
Both John Stuart Mill and John Maynard Keynes looked forward to a horizon of growing leisure: the reorientation of life away from the merely useful toward the beautiful and the true. UBI provides a practical path to navigate this transition.
Most of the hostility to UBI has come when it stated in this second form. A poster put up during the Swiss referendum campaign asked, “What would you do if your income were taken care of?” The objection of most UBI opponents is that a majority of people would respond, “Nothing at all.”
But to argue that an income independent of the job market is bound to be demoralizing is as morally obtuse as it is historically inaccurate. If it were true, we would want to abolish all inherited income. The nineteenth-century European bourgeoisie was a largely rentier class, and few questioned their work effort. Virginia Woolf famously wrote that a woman who wanted to write fiction “must have money and a room of her own.”
The explosion of robotics has given the demand for UBI renewed currency. Credible estimates suggest that it will be technically possible to automate between one-quarter and one-third of all current jobs in the Western world within 20 years. At the very least, this will accelerate the trend toward precariousness of jobs and income. At worst, it will make a sizeable share of the population redundant.
A standard objection to UBI as a way to replace earnings from vanishing jobs is that it is unaffordable. This partly depends on what parameters are set: the UBI’s level, which benefits (if any) it replaces, whether only citizens or all residents are eligible, and so on.
But this is not the main point. The overwhelming evidence is that the lion’s share of productivity gains in the last 30 years has gone to the very rich. And that’s not all: 40 per cent of the gains of quantitative easing in the United Kingdom have gone to the richest 5 per cent of households, not because they were more productive, but because the Bank of England directed its cash toward them. Even a partial reversal of this long regressive trend for wealth and income would fund a modest initial basic income.
Beyond this, a UBI scheme can be designed to grow in line with the wealth of the economy. Automation is bound to increase profits, because machines that make human labour redundant require no wages and only minimal investment in maintenance.
Unless we change our system of income generation, there will be no way to check the concentration of wealth in the hands of the rich and exceptionally entrepreneurial. A UBI that grows in line with capital productivity would ensure that the benefits of automation go to the many, not just to the few. - Project Syndicate