A ‘marriage of convenience’ that is steadily going south 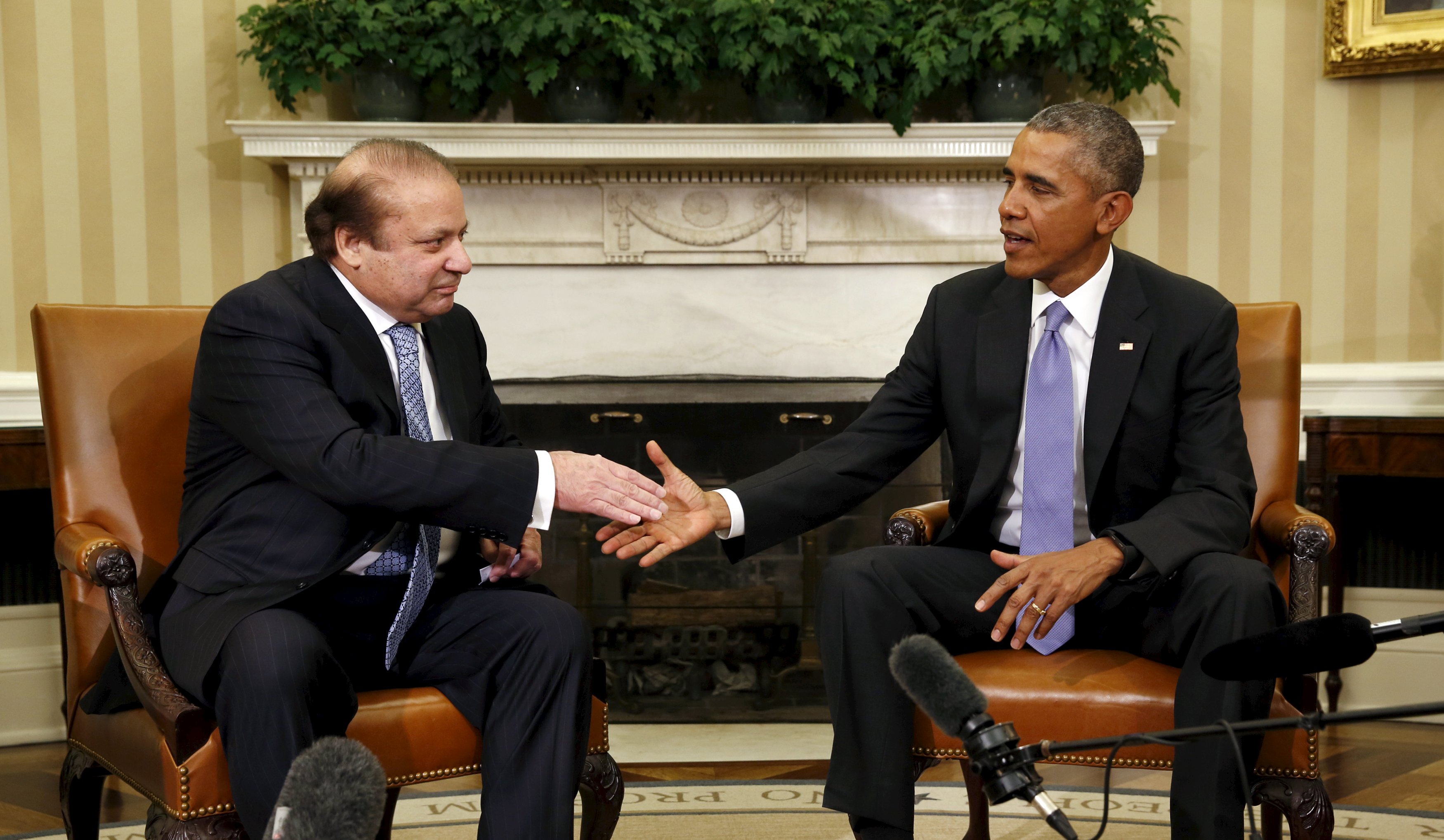 It is said there are no permanent friends in politics, just interests. The same is true of many bilaterals spawning international geo-politics. US-Pakistan ties have always had this definitive element no matter how much spin has been imparted about enduring strategic interests over decades.
What has come to the fore each time is the transactional nature of business. With Washington steadily losing interest in the region after accomplishing the broad spectrum of its goals post-Nine Eleven, it was a cinch the ‘ties that bind’ would free up a bit — with plenty of old fashioned rancour.
The tension was building up over time and the US Congress’ decision to disallow the Obama administration to give Pakistan a subsidy to buy just eight F-16 fighter jets, which it had agreed to under the Foreign Military Financing programme, has sparked a downward spiral.
Islamabad was supposed to foot $270 million with Washington weighing in with a $470 million tab for the purchase. Instead, Islamabad has been asked to pay in full after US lawmakers conveniently accused it of not doing enough to fight the militants!
This got Islamabad’s goat and Sartaj Aziz, Prime Minister’s Advisor on Foreign Affairs, while acknowledging the bilaterals had been under stress for the last three months because of conditions imposed by Washington, said Pakistan would consider other options to buy the fighter jets that the US had been supplying without much ado to carry out anti-terrorism operations for as long as it remained interested.
“We have also rejected frequent demands, especially by the US Congress, for the release of DrShakil Afridi (the medical practitioner was arrested by the Pakistani military after evidence surfaced that he had been secretly hired by the CIA to obtain Osama bin Laden’s DNA in Abbottabad under a contrived health campaign that also endangered the lives of nursing staff he had lured to do the job). The US officials, Congress, think-tanks and the media, in tandem with our adversaries, have also been blaming Pakistan for supporting the Haqqani network without giving any concrete evidence to enable us to take additional action against it or other terrorist organisations,” Aziz told the Senate, upper house of Pakistan’s bicameral legislature, last month.
Raza Rabbani, Senate chairman, also bristled at the apparent discrimination. “US has no respect for Pakistani courts and laws, as was witnessed in the Raymond Davis case (the CIA contractor killed two Pakistanis in broad daylight over a false alarm in 2011, but was flown out safely by the Obama administration citing false diplomatic immunity), and which can now be seen in the case of Shakil Afridi,” he said, before expressing reservations that the US did not hold court martial of its officers and men, who according to their own inquiry were responsible for the bombing of a hospital in Afghanistan, which killed women and children.
The US drone strike last month that took out Afghan Taliban leader Mullah Mansour in the Balochistan province near the Afghan border also left Islamabad red faced. Washington had long been frustrated over lack of headway in trilateral talks for durable peace in Afghanistan which it had bargained for on the premise that Pakistan would use its clout to bring him to the table. But the bet appears to have been misplaced — not because Islamabad didn’t try its hand but because the Afghan Taliban itself refused to engage.
As enumerated by Prime Minister Nawaz Sharif during his last visit to the US, “Pakistan cannot be asked to bring the Afghan Taliban to the table and kill them at the same time”.