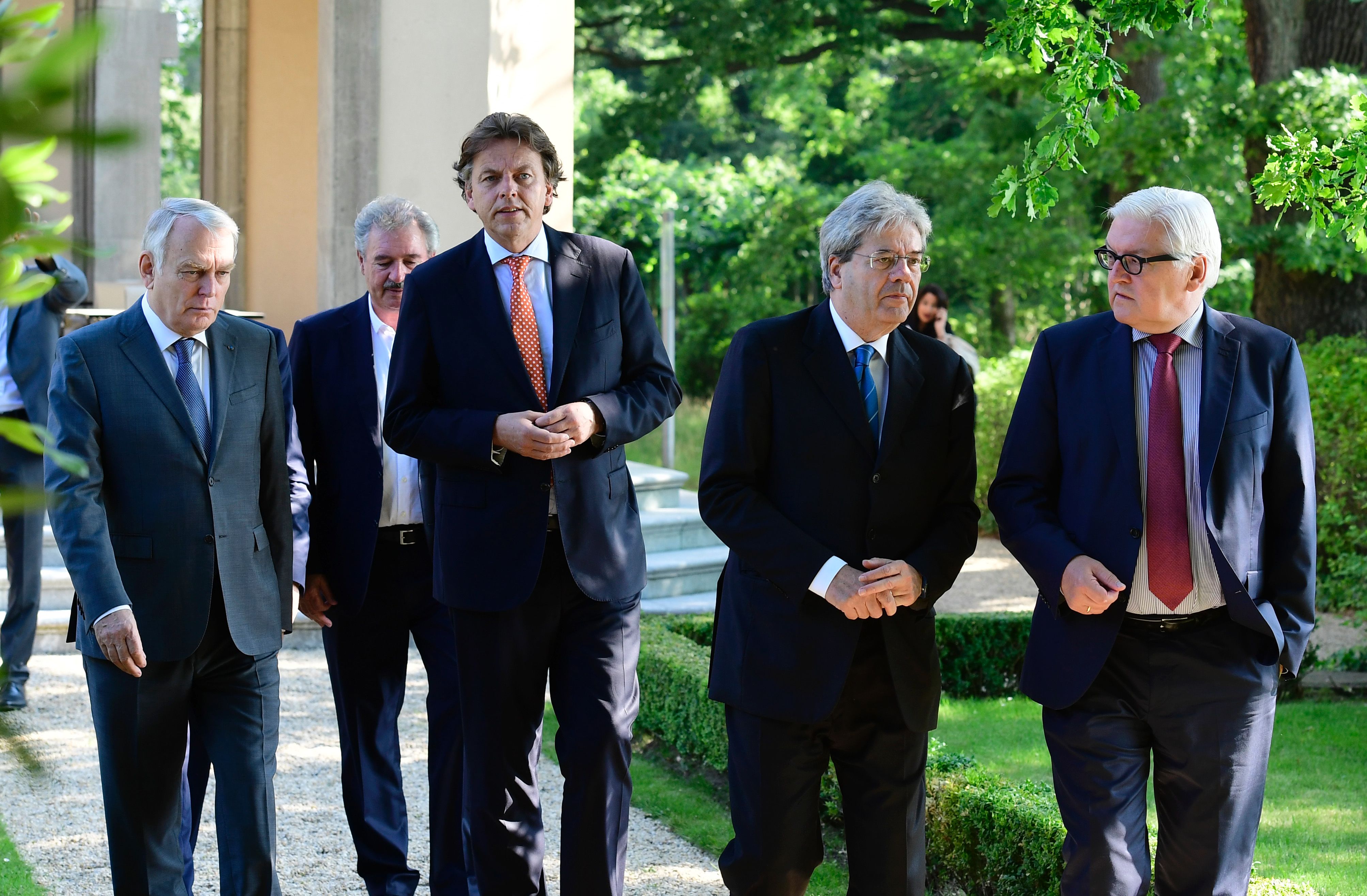 Berlin: France's foreign minister called on Saturday for the European Union to move ahead quickly to seal the terms of a British exit from the bloc, arguing that the other 27 members needed to give the EU new purpose or else risk populism taking hold.
"Negotiations have to go quickly in the common interest," Jean-Marc Ayrault said on his way to a meeting in Berlin of foreign ministers from the six founding members of the EU - Germany, France, Italy, the Netherlands, Belgium and Luxembourg. Britain voted on Thursday to leave the EU, forcing the resignation of Prime Minister David Cameron and dealing the biggest blow since World War Two to the European project of forging greater unity. The EU's other members and the British government must now work out the terms for the country's departure and future relationship with the bloc.
German Foreign Minister Frank-Walter Steinmeier, hosting Saturday's meeting, struck a more cautious note but said it was essential to preserve the "project of freedom and stability" that the six founding EU members had forged. "It is completely clear that we now have a situation that allows for neither hysteria nor paralysis," Steinmeier said, adding that EU leaders must address the challenges of migration, security and unemployment. "We must not resort to hectic activity, and act as if all the answers are ready. But after the British decision we mustn't lapse into depression and inactivity," he told reporters.
Ayrault said Saturday's meeting should not focus too much on a plan drawn up by German and French officials for a flexible EU that would envisage "allowing space" for member states that are not ready for further integration. "We shouldn't fixate on the idea of flexibility. There already is a two-speed Europe," he said. Looking to a summit meeting of EU leaders, including Cameron, next week, the French minister added: "There will be a lot of pressure on Cameron on Tuesday to move ahead." "We have to agree between the 27 to say that after a certain date this episode is finished," Ayrault said, though he did not say such a deadline would be set on Tuesday. "We have to give a new sense to Europe, otherwise populism will fill the gap."