India-UK trade talks on track; negotiations to be completed by August-end 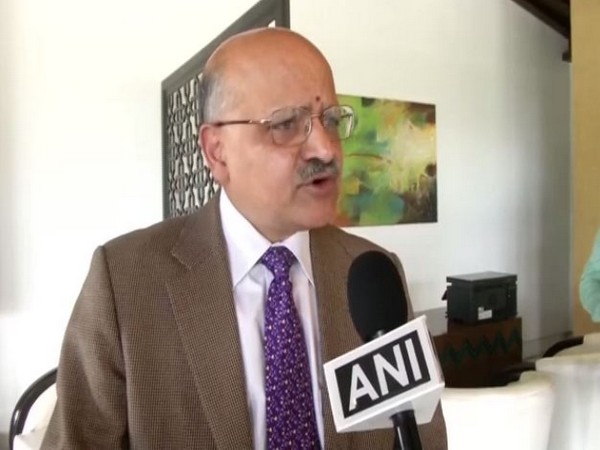 New Delhi: The Free Trade Agreement (FTA) talk between India and the United Kingdom is on track and the negotiations are likely to be completed by end of August, Commerce Secretary BVR Subrahmanyam said on Thursday.

Speaking to the media after signing two MoUs and a framework agreement with the UK, Subrahmanyam said that the India-UK FTA negotiations would be concluded by August 31 and after internal approvals on both sides, the agreement would be ready to be signed as per the convenience of leaders of the two countries. On the impact of the change in government in the UK on the proposed FTA, Subrahmanyam said, "Irrespective of the party in power in the UK, the logic of FTA with India is irreversible."

These agreements will facilitate closer alignment on education between India and UK, enhance short-term bilateral mobility and ensure mutual recognition of qualifications.

These agreements are part of the commitments made by both parties under the Enhanced Trade Partnership (ETP) launched by the Prime Ministers of two countries on May 4, 2021 to unleash the trade potential of the partnership by doubling trade by 2030 and reducing market barriers to trade in key sectors.

Following the launch of ETP, both sides had also launched negotiations for a Free Trade Agreement on January 13, 2022. The 5th round of negotiations, which is hosted by India, is currently underway in Delhi. The meeting also took stock of the progress made towards the signing of the FTA.

An MoU on education was signed by K Sanjay Murthy, Secretary, Department of Higher Education on behalf of the Government of India.

This MoU provides for mutual recognition of educational qualifications and duration of study undertaken by students within duly approved and recognized higher education institutions in the two countries, according to an official statement released by the Ministry of Commerce and Industry.

On a reciprocal basis, Indian Senior Secondary School/Pre-University Certificates will be considered suitable for entry into UK higher education institutions. Similarly, the Bachelor degree, Master's degree and Doctoral degree of India and the UK will also be considered equivalent to each other. Apart from encouraging student mobility, the mutual recognition of qualifications would also promote excellence in higher education through cooperation, academic and research exchanges.

An MoU on maritime education qualification was signed by Amitabh Kumar, Director General of Shipping on behalf of the Government of India. This MoU will pave the way for the two governments to mutually recognise the certificates of maritime education and training, competency and endorsements of seafarers issued by each other.

The MoU will prove beneficial for the employment of seafarers of both the countries and would make them eligible for employment on ships of either party. India being a seafarer-supplying nation with a large pool of trained seafarers, is expected to be significantly benefitted by the MoU, the ministry said.