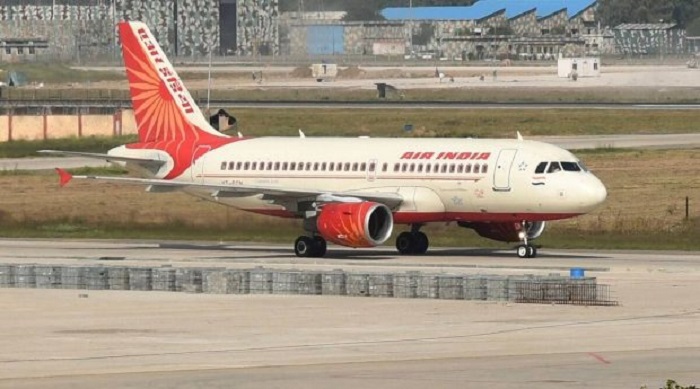 Kochi : The alternate aircraft arranged for passengers of the Dubai-Kochi Air India flight that got diverted to Mumbai a day ago due to a loss of cabin pressure landed at the Cochin International Airport here early on Friday morning.

An alternate aircraft AI 1681 BOM-COK from Mumbai landed at 0433 hours today with 180 passengers. The rest of the passengers will arrive on an Air India flight at 0730 hrs.

The Directorate General of Civil Aviation (DGCA) has ordered a probe into the incident that took place on July 21 when an Air India flight from Dubai to Kochi was diverted to Mumbai due to a loss of cabin pressure after which an alternate aircraft was arranged to carry passengers from Mumbai to Kochi.

A senior DGCA official informed that the captain of Air India Boeing Fleet Aircraft of Flight No. AI- 934 from Dubai - Cochin, reported to IOCC (Integrated Operations Control Centre) regarding pressurization loss in the aircraft. The flight was diverted to Mumbai and it landed safely.

Two senior officers of DAS WR are assigned the task to carry out a preliminary investigation, he added. He added that an inquiry has been ordered.

On Wednesday, in an incident of technical malfunction, the windshield of a Go-Air flight between Delhi and Guwahati cracked mid-air due to bad weather on Wednesday, a Directorate General of Civil Aviation (DGCA) official said.
The aircraft was diverted to Jaipur and landed safely.

Earlier this month, DGCA said that 30 such incidents take place daily, but these occurrences hardly have any safety implications. "On average, about 30 incidents do take place, including go-around, missed approaches, diversion, medical emergencies, weather, technical and bird hits," the top DGCA told ANI.

"Most of them have no safety implications. On the contrary, they are a sine qua non of a robust safety management system," he added.
In similar incidents, another two Go First flights were diverted due to engine snags on Tuesday. The DGCA has said that the matter is being investigated and the aircraft are being grounded. The DGCA added that the flights will take off once they get clearance from the authority.

Earlier on July 17, an Air India Express aircraft while operating from Calicut to Dubai was diverted to Muscat after a burning smell was observed from one of the vents in the forward galley of the flight.

Meanwhile, after frequent engineering-related glitches were reported in several airlines, the DGCA conducted several spot checks and advised that all aircraft at base and transit stations shall be released by certifying staff holding a licence with appropriate authorization by their organization, said officials on Monday.

The spot checks carried out by DGCA teams have indicated the improper identification of the cause of a reported defect, increasing trend of minimum equipment list (MEL) releases and non-availability of required certifying staff to cater to multiple scheduled arrivals/ departures in a short interval.

The move comes after several instances were reported in the country where flights were diverted citing safety or functioning issues.