Sanders will vote for Clinton to stop Trump 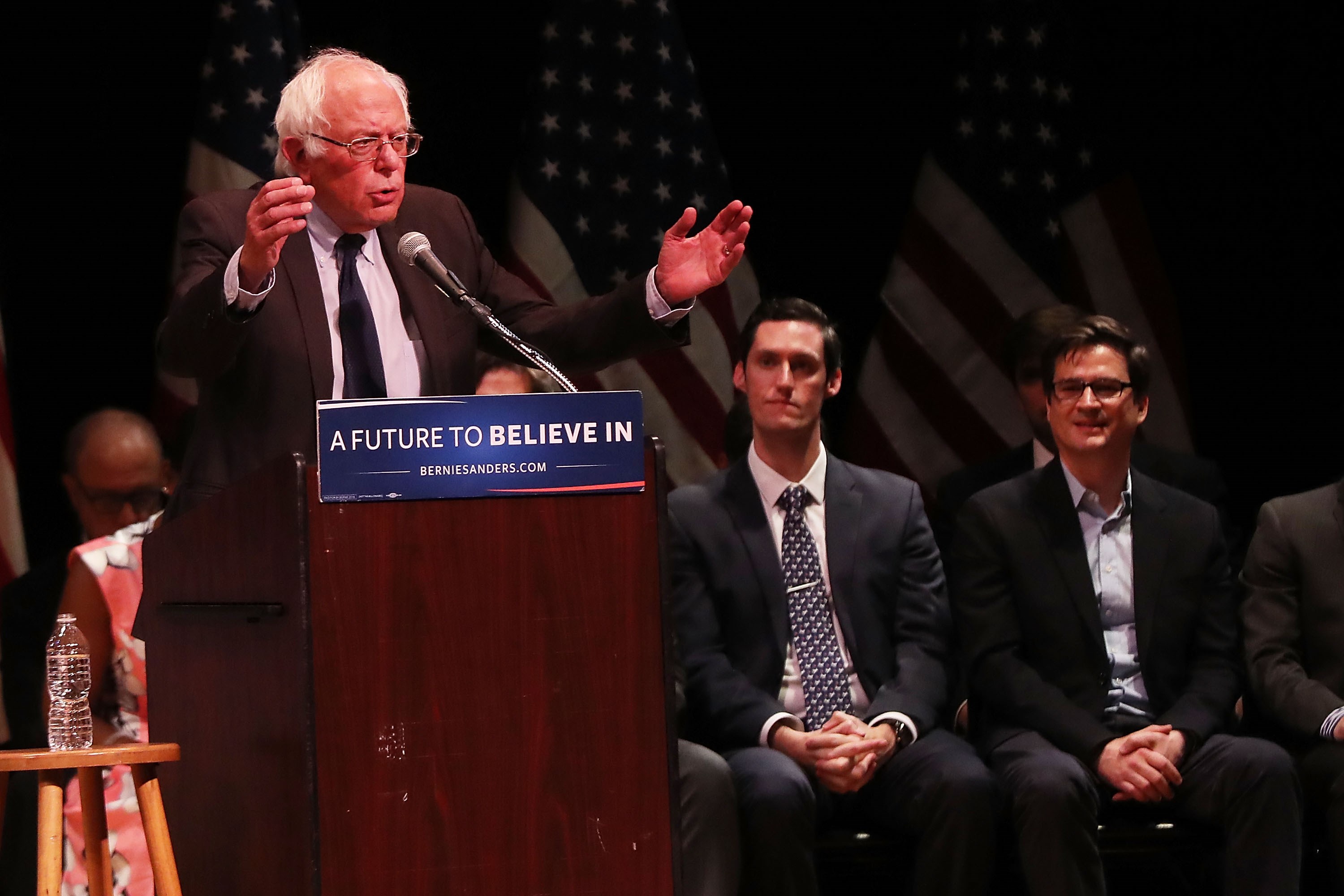 Washington: US Democratic presidential hopeful Bernie Sanders said on Friday he would vote for Hillary Clinton to stop Republican Donald Trump from winning the White House, a lukewarm show of support that his campaign said was not a formal endorsement.
Sanders' comments come after weeks of pressure from Democratic Party officials to throw his weight behind Clinton, the presumptive nominee.
She locked up the required number of delegates this month with a string of wins in state-by-state primary contests.
Clinton, the former US secretary of state, senator, and first lady, needs Sanders' supporters to boost her chances against Trump in the November 8 election.
Only 40 per cent of them say they would vote for her, with the rest undecided or divided between Trump, a third-party candidate and staying home, according to Reuters/Ipsos polling.
Asked if he would vote for Clinton in November, Sanders, a US senator from Vermont, told MSNBC television: "Yes. The issue right here is I'm going to do everything I can to defeat Donald Trump. I think Trump in so many ways would be a disaster for this country if he were elected president."
"We do not need a president whose cornerstone of his campaign is bigotry, who is insulting Mexicans and Latinos and Muslims and women, who does not believe in the reality of climate change," he continued.
A spokeswoman for Sanders said his comments on MSNBC did not amount to an endorsement of Clinton, adding that "Senator Sanders is also still an active candidate."
Trump has angered minority groups with his hard line on immigration, including calls to temporarily ban Muslims from entering the country, deport millions of undocumented immigrants, and build a wall along the US-Mexican border if he is elected.
A spokeswoman for Trump's campaign did not immediately respond to a request for comment.
The wealthy New York businessman has rejected accusations his proposals are bigoted, and has said his policies would help minorities by bolstering the economy and creating jobs.
Trump has also called climate change a hoax by the Chinese to hurt business in the United States.
Sanders, a self-described democratic socialist, managed to turn his long-shot run into a mass movement with proposals to combat wealth inequality, increase access to healthcare and education, and defend the environment.
His challenge to Clinton, one of the best-known figures in US politics, lasted far longer than expected, running for four months and across 50 states and yielding record numbers of small donations to his campaign.
Sanders has said he will continue to push for a liberal agenda heading into the Democratic National Convention in Philadelphia from July 25-28, when Clinton's nomination is expected to become official.
He has also made clear he does not want his presence to hurt the party's chances of holding onto the White House.
Three-quarters of likely Democratic voters in the general election say Sanders should have a "major role" in shaping the party's positions, according to a Reuters/Ipsos poll conducted June 17-21.
Nearly two-thirds also said that Sanders should endorse Clinton.