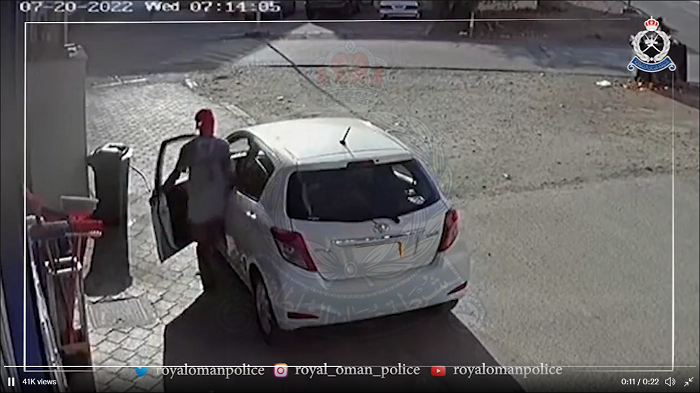 Muscat: The Royal Oman Police (ROP) has arrested a person for stealing a vehicle in Muscat Governorate, a CCTV footage of the man stealing the vehicle was released in the ROP's Twitter account.

"The Directorate General of Inquiries and Criminal Investigation arrested a person on charges of stealing a vehicle while it was in operation in the Wilayat of Amerat," ROP said in a statement.

The Royal Oman Police calls on drivers not to leave their vehicles running while shopping or in front of ATMs and other places, and to take the necessary precautions to protect their vehicles from theft.