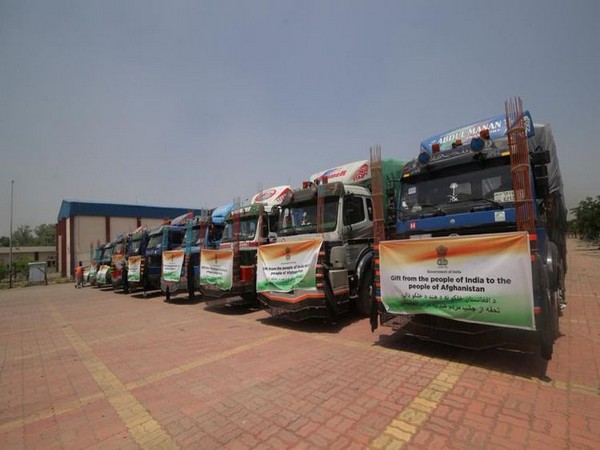 Kabul: Sixty-nine per cent of Afghan people chose India as Afghanistan's "best friend" country, according to a recent survey.

In order to gain insight into the people of Afghanistan, a survey was conducted which gathered an understanding of the common people's assessment of their past, current scenario, and their future aspirations, a Brussels-based news website EU Reporter reported.

Data shows that more than 67 per cent of Afghan people believe that the mistimed and mismanaged exit by the United States gave Pakistan and China the opportunity to encourage the Taliban to take over Kabul, according to a survey.

India has strong stakes and strategic interests in Afghanistan. The two countries have very ancient historic and cultural ties. Despite all the efforts of Pakistan, India-Afghanistan relations at the people-to-people level have remained good, surviving Taliban rule in the 1990s and since August last year.

Continuous vacuum at the diplomatic level poses a danger to India's interests and can devalue the years of goodwill for India among ordinary Afghans. India has been the largest donor in Afghanistan among the countries in the region, doling out about $3 billion, and it is the fifth largest donor (for Afghanistan) in the world.

India's help has been diverse, ranging from building infrastructure to sending teams of medical staff and food. A spanking new Parliament building in Kabul is a gift from India, though ironically it will look incongruous in a country that refuses to practise democracy.

Afghans have been coming to India for medical treatment. Afghan students in large numbers have been enrolled in Indian colleges and universities. The Indian Military Academy (Dehradun) has been regularly accepting Afghan cadets. India has been among the more generous suppliers of humanitarian aid to Taliban-ruled Afghanistan.

Trade between the two countries has not blossomed largely because of Pakistan's obduracy, refusing to open its land route to Indian exports to Afghanistan. This kind of pettiness is a direct result of Islamabad's policy of blind hostility toward New Delhi.

EU Reporter stated quoting the survey that 78 per cent of people believe that the Taliban and their conduits received a large portion of foreign assistance from neighbouring countries but not the Afghan people.

In other words, the majority of the Afghans believe that the foreign aid itself was mismanaged and diverted to help the Taliban topple the elected government.

Additionally, over 67 per cent of the respondents feel that the mistimed and mismanaged exit by the United States gave Pakistan and China the opportunity to encourage the Taliban's swift takeover of Afghanistan.

The survey was conducted in the month of March, April and May this month in which a total of 2,003 responses have been collected.

The results of the survey also point to the way forward for Afghanistan. According to the data collected in this study, the majority of Afghans want elections for choosing the leaders, who can represent them. Taliban took over Afghanistan in mid-August last year.