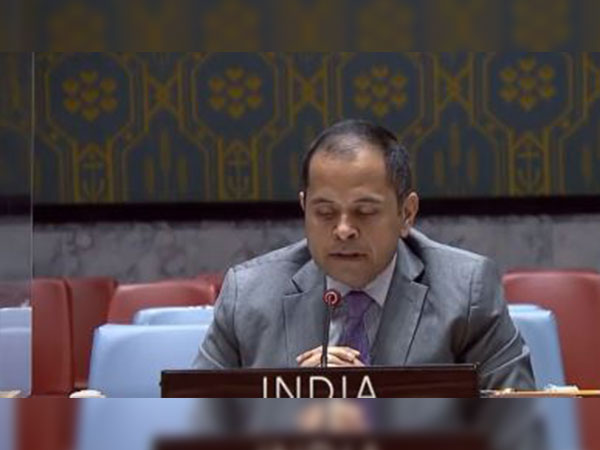 New York: Addressing the threat of "chemical weapons use" in Syria at UNSC, Pratik Mathur, Counsellor at India's Permanent Mission to United Nations said that India has been cautioning against the possibility of terrorist entities and individuals gaining access to chemical weapons.

"India has also been repeatedly cautioning against the possibility of terrorist entities and individuals gaining access to chemical weapons, including in the region," the envoy said, He said that India encourages continued engagement between Syria and the Organisation for the Prohibition of Chemical Weapons (OPCW) Technical Secretariat to resolve the outstanding issues.
Notably, in 2018, OPCW Technical Secretariat was tasked with new responsibilities including investigating and identifying the perpetrators of chemical weapons attacks in the Syrian Arab Republic.

Envoy Mathur continued saying,"We attach high importance to the Chemical Convention and stand for its full, effective and non-discriminatory implementation. We support the collective efforts by all the parties to ensure that the credibility and integrity of this Convention is maintained to the fullest."

"The reports of UN Investigative Team to Promote Accountability for Crimes Committed by Da'esh (UNITAD) have also referred to the repeated deployments of chemical weapons by UN proscribed terrorit groups and those affiliated with ISIL against civilian population between 2014 and 2016."

He noted that the international community's collective fight against terrorism will be strengthened by ensuring accountability for the grave and inhuman acts of terror committed by these terrorists and their affiliated groups.

Highlighting India's contribution to addressing the issue, the envoy said, "Towards this end, India has made a contribution of USD 200,000 to support UNITAD's investigations."

"India continues to believe that progress on other tracks would also help in facilitating overall political peace process by Syria. To realize this, all parties, particularly the external players need to display their commitment, in tangible terms, to a Syrian-led and Syrian-owned UN-facilitated political process in line with UN Security Council Resolution 2254."