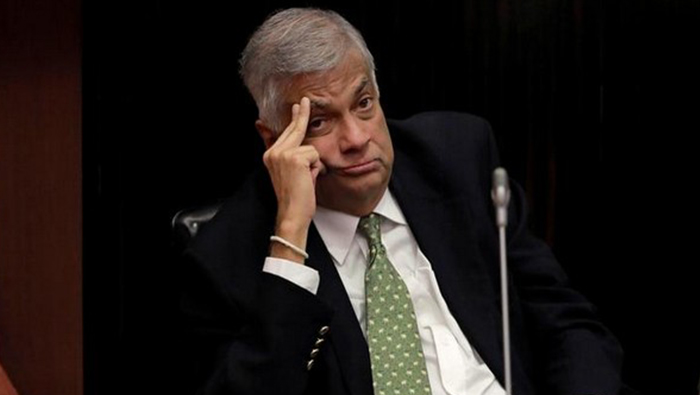 Colombo : After angry protestors on Saturday stormed inside the residence of Sri Lankan President Gotabaya Rajapaksa in Colombo, Prime Minister Ranil Wickremesinghe has summoned an emergency Party Leaders meeting to discuss the situation and come to a swift resolution.

The Prime Minister is also requesting the Speaker to summon Parliament. Lankan local publication Daily Mirror reported that several gunshots were heard being fired in the air and police unsuccessfully used tear gas to ward off protestors who surrounded the presidential residence. Two people have reportedly been injured.

Protestors have entered the President's House, tweeted the Daily Mirror.

Sri Lanka's police imposed a curfew in several police divisions in Western Province with effect from 9 pm local time Friday until further notice as ahead of a planned protest today demanding the resignation of President Gotabaya Rajapaksa.

Strict action will be taken on those violating the curfew, the police said. The Sri Lankan publication said travelling through the areas where police curfew is in effect is completely prohibited and police had advised people to use other alternative routes.

The worsening economic situation in the country has led to increasing tensions and over the last few weeks there were reports of several confrontations between individuals and members of the police force and the armed forces at fuel stations where thousands of desperate members of the public have queued for hours and sometimes days. Police have used tear gas and water cannon at times in an unnecessary and disproportionate manner. On occasions, armed forces have also fired live ammunition.

Sri Lanka is suffering its worst economic crisis since gaining independence in 1948, which comes on the heels of successive waves of COVID-19, threatening to undo years of development progress and severely undermining the country's ability to achieve the Sustainable Development Goals (SDGs).

The oil supply shortage has forced schools and government offices to close until further notice. Reduced domestic agricultural production, a lack of foreign exchange reserves, and local currency depreciation have fuelled the shortages. The economic crisis will push families into hunger and poverty - some for the first time - adding to the half a million people who the World Bank estimates have fallen below the poverty line because of the pandemic.

Some 6.26 million Sri Lankans, or three in 10 households, are unsure of where their next meal is coming from, according to the latest food insecurity assessment from the World Food Programme (WFP), released on Wednesday.

In the wake of record food price inflation, skyrocketing fuel costs and widespread commodity shortages, some 61 per cent of households are regularly using coping strategies to cut down on costs, such as reducing the amount they eat and consuming increasingly less nutritious meals.

Amid the ongoing economic crisis and shortage of fuel and gas, Sri Lanka's Church of Ceylon has called on President Gotabaya Rajapaksa and Prime Minister Ranil Wickremesinghe to immediately resign alleging they have failed to take any meaningful steps to alleviate the suffering of the people.