Quad expresses shock at the tragic assassination of Shinzo Abe 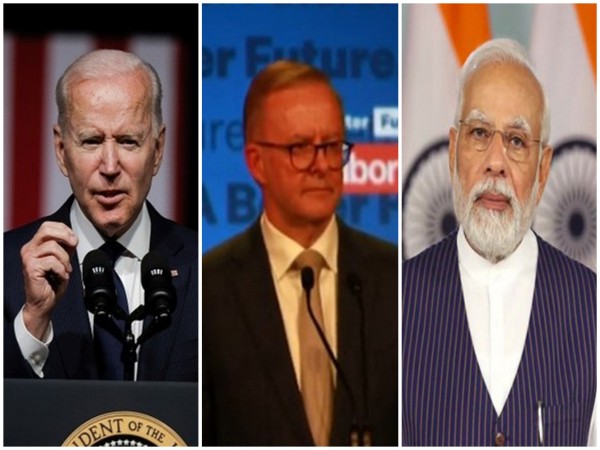 Washington: The leaders of the Quadrilateral Security Dialogue (Quad) have expressed shock at the tragic assassination of former Japanese Prime Minister Shinzo Abe, the White House said on Friday.

"We, the leaders of Australia, India, and the United States, are shocked at the tragic assassination of former Japanese Prime Minister Shinzo Abe. Prime Minister Abe was a transformative leader for Japan and for Japanese relations with each one of our countries," the statement read. According to the White House, Abe played a formative role in the founding of the Quad partnership and worked tirelessly to advance a shared vision for a free and open Indo-Pacific.

"Our hearts are with the people of Japan -- and Prime Minister Kishida-- in this moment of grief. We will honour Prime Minister Abe's memory by redoubling our work towards a peaceful and prosperous region," the statement read.

Abe, 67, was assassinated during a campaign speech in the western Japanese city of Nara on Friday. Police arrested a suspect for the shooting identified as Tetsuya Yamagami, a 41-year-old resident of Nara City.

"The President underscored that he and the American people stand with the Prime Minister and the people of Japan in their time of mourning," the White House readout said.

Biden noted the importance of Abe's enduring legacy with his vision of a free and open Indo-Pacific and the establishment of the QUAD meetings of Japan, the United States, Australia and India.

"The President noted our unwavering confidence in the strength of Japan's democracy and the two leaders discussed how Abe Shinzo's legacy will live on as we continue the important task of defending peace and democracy," the White House said.

India also expressed sadness over the demise of the former Japanese Prime Minister as the government conveyed its condolences to his family, friends and the people of Japan.

"Abe was a visionary leader and statesman, who worked tirelessly for the betterment of humanity. He left an indelible impression on the hearts and minds of people across the world," External Affairs Ministry spokesperson Arindam Bagchi said in a statement.

Prime Minister Narendra Modi paid a heartfelt tribute to his "dear friend" late ex-Japanese Prime Minister Abe who was shot during an election campaign in the Western Japanese city of Nara.

PM Modi in a blog "My Friend, Abe San" said, "In the passing away of Abe, Japan and the world have lost a great visionary. And, I have lost a dear friend."

As a mark of respect to the departed dignitary, the Government of India has decided that there will be one day's State Mourning on Saturday throughout India.