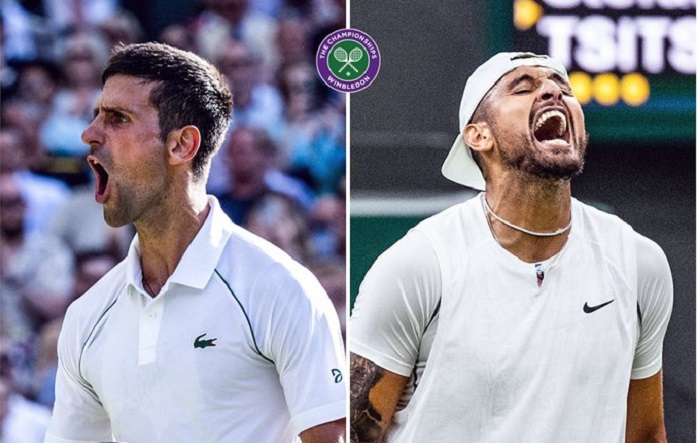 London : The six-time champion Novak Djokovic made a promising comeback from one set down to defeat Great Britain's Cameron Norrie in the semi-finals of the ongoing Wimbledon on Friday.

The No 1 seed, entered the final of Wimbledon after defeating Cameron Norrie 2-6, 6-3, 6-2, 6-4 at the Centre Court. In an impressive first set, Norrie showed little sign of nerves as he quickly found his range on Centre Court.

The Serbian raised his level as the match went on, breaching the defences of Norrie with his fierce and accurate groundstrokes to advance to his eighth final at The Championships in two hours and 34 minutes.

Djokovic resumed to go on the attack in the third set, capitalising on the drop in power and depth of Norrie's groundstrokes to make additional inroads.

The 35-year-old shot nine winners and committed just four unforced errors in the third set. The Serbian then gained a decisive break at the start of the fourth set, before he zoned in on serve to seal victory.

Djokovic has now won his past 27 matches at Wimbledon, with his triumph over the ninth seed Norrie pushing him into his 32 Grand Slam final, claiming only ownership of the all-time major finals record ahead of Roger Federer on 31.

The 35-year-old will face Nick Kyrgios in the championship match on Sunday after Spaniard Nadal was forced to withdraw ahead of his semi-final meeting with Kyrgios due to an abdominal tear.