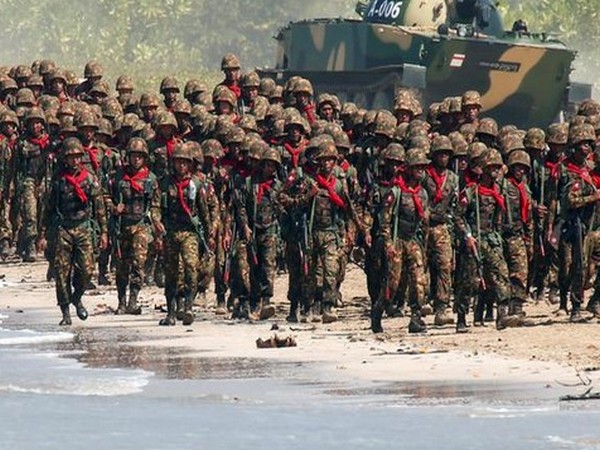 The footage, recovered from a cell phone belonging to a Myanmar soldier and verified by media outlet Radio Free Asia (RFA), but not independently verified by HRW, shows about 30 men captured after a Myanmar military raid in Mon Taing Pin village, Ayadaw township, on May 10, 2022. At least five of them later appear dead, their hands bound, shot from behind.

RFA reported that a villager had found the phone after it had been dropped. In the footage, three soldiers discuss in Burmese the number of people they have killed. A sergeant, identified by the insignia on his uniform, brags about shooting and killing 26 people. Another soldier says he killed five people by slitting their throats.

According to HRW, the images are further damning evidence of the brutal military operation underway in Sagaing Region.

They reinforce a pattern of killings that Human Rights Watch and other human rights groups have documented that bear the hallmarks of the military's atrocities.

"As international attention to Myanmar wanes, its soldiers appear to be more willing to record even the most horrific acts of violence against the civilian population. Military-linked Telegram accounts post images of brutality," the HRW said.

There is no evidence whatsoever that military commanders are acting to stop such atrocities; they may be directly responsible for them, it added.

Since the February 2021 coup, Human Rights Watch and others have documented that the military and pro-military militias have summarily executed and forcibly disappeared civilians and razed villages during military operations.

The rights group said international efforts to hold the military junta accountable are falling short. Concerned governments should persistently press the UN Security Council to impose an arms embargo and refer the country situation to the International Criminal Court.

"If Russia and China choose to veto it, they will have to explain to UN member states why they have chosen to side with a military implicated in numerous atrocity crimes. In the meantime, governments should use national and regional mechanisms to expand efforts to financially isolate the junta," the HRW said.

As per the rights watchdog, unified international efforts are needed or the post-coup reality for Myanmar's people will remain one horror after another.