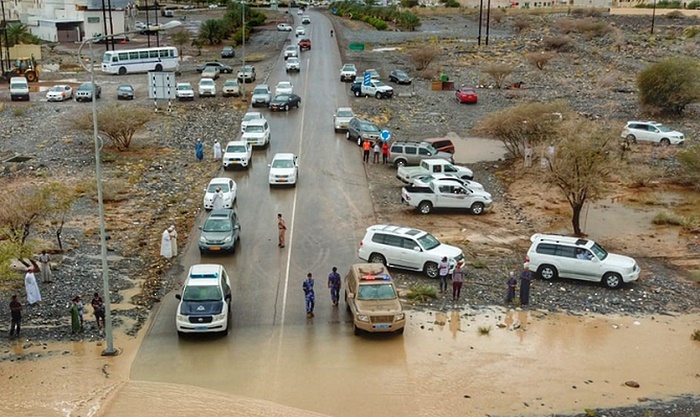 The ROP has asked people to take necessary precautions to protect their properties and stay away from low-lying areas that are expected to be inundated during rainfall.

Muscat: Royal Oman Police (ROP) has called upon all road users to exercise caution because of the heavy rains that are likely to impact the Sultanate over the next two days.

The ROP has asked people to take necessary precautions to protect their properties and stay away from low-lying areas that are expected to be inundated during rainfall.

The ROP, in particular, urged parents to pay attention to their children and prevent them from swimming in rainwater pools.

The ROP advised fishermen not to go out fishing before checking weather conditions and requested all members of the public to stick to the instructions aired on radio or published by the media, abide by weather reports and get related information from official sources.

Oman Meteorology has issued a warning to fishermen and sea-goers not to take risk and venture into the sea due to high sea waves predicted during the next two days.

In a statement, Oman Meteorology said: “The sea will be rough on all the coasts of the Sultanate, with a maximum height of 4.0 metres on Tuesday and Wednesday. Please avoid going into the sea.”

Most of the governorates of the Sultanate of Oman are likely to witness heavy to moderate rains with varying intensity from today and for the next two days.

Heavy thunderstorms
Oman Meteorology said: “In view of the heavy thunderstorms that are likely on Tuesday and Wednesday which, in some areas, may range from 20 to 80 mm, the Civil Aviation Authority calls on everyone to take precautions during thunderstorms, not to cross wadis, avoid low-lying places and not go to the sea.”