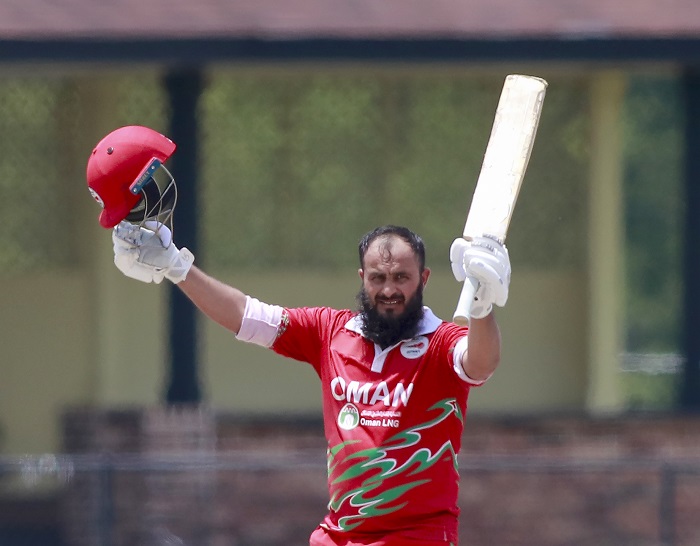 Muscat: The final leg for the Oman Men’s National Team of the ICC Cricket World Cup League 2 just concluded in June 2022. The team was playing their last set of tri series vs USA and Nepal at Moosa Stadium in Houston.

Poised to play 2 matches vs USA and Nepal each to confirm a sure shot at the ICC CWC Qualifiers 2023, Oman landed at the breeding ground a week before the matches were scheduled. Oman played two practice games vs MLC Invitational XI, losing the initial one marginally after setting up a mammoth 293 run target and claiming the later one successfully chasing a 296 run target. Skipper Zeeshan Maqsood looked sublime in the last game scoring 187 not out while chasing and Bilal Khan claiming key wickets in both the matches.

`In the opener to the tri-series , Oman looked tad bit under-cooked against the host USA who set an target of 323. Oman looked positive initially although key wickets and wrong timing costed the chase. Oman , the next day came out raging vs Nepal setting up a target of 212. Oman resticted them to 198 and claimed the series ticker 2 points. Zeeshan Maqsood was a standstill against Nepal scoring a century, claiming 3 wickets and a brilliant catch at point. Cut to a two day break, Oman were yet again vs the hosts and were turned on to the occasion. Oman scored 280 with key contributions from Openers Jatinder Singh and Kashyap Prajapati scoring a quickfire 67 and a century by the latter respectively. Oman restricted USA to 267 cementing their top position in the table and affirming their tadness. In the last game, Nepal looked over Oman to restrict the men to just 163 and chasing away the win.

Duleep Mendis , Head Coach - Men’s National Team said, “Overall , it was great to see the boys go out there and express themselves the we had expected them to. Skipper Zeeshan Maqsood’s outright performances on the field was something that made us feel comfortable. Overall , we had a great outing as a team playing against all of the 6 sides in the League 2 and I am certain that the remaining competition between these sides will be intense. We are almost ascertain of our position within the top 3 to make it through to the ICC CWC Qualifiers 2023.”